The Claremont Country Club is a country club and golf course near Saint Mary's Cemetery and Mountain View Cemetery in Rockridge at 5295 Broadway Terrace. According to the website, the club includes 7 tennis courts and two outdoor pools, in addition to the 18-hole golf course designed by Alister MacKenzie. 1

Non-members are not allowed anywhere on the grounds.

The club dates back to 1903. Originally they planned to build closer to the Claremont neighborhood, hence the name. Check out this sarcasm-laden article about the new location and potentially renaming the nascent club. 4

The original clubhouse was dedicated in 1904. 6 It was the former home of Horatio P. Livermore (not related to Robert Livermore), and was remodeled by architect Walter Mathews. 5 The current clubhouse was built in 1929 and has been renovated over the years. 2 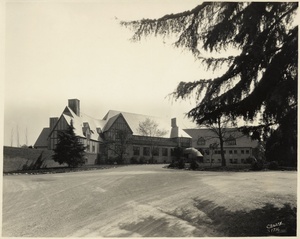 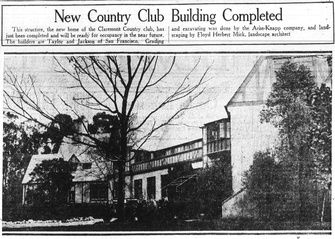