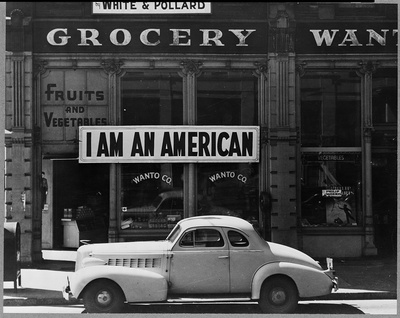 by Dorothea Lange
from Library of Congress, Farm Security Administration

Wanto Co. was a store selling groceries and Japanese goods, made famous by a Dorothea Lange photo showing a large sign reading "I AM AN AMERICAN."

The store was at 401 & 403 - 8th Street, at the corner of Franklin Street. The store appears in directories from at least 1924 to 1941. The building has since been razed. In its place is the 1989 Phoenix Plaza mixed-use development, with a Chase bank branch on the ground floor of that corner. (For reasons unknown, some references erroneously place the location at 13th St. x Franklin St.) 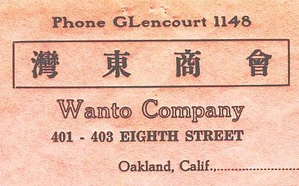 Lange's note states: "March 30, 1942 8th - Franklin St Oakland Japanese - owned Grocery Store. It has been closed. Owner voluntarily evacuated at the last moment before the 'Freezing order' to Fresno where he has relatives. He is U C graduate, born in California. I asked him 'who put up that sign?' He said 'a sign painter but I paid for it, the day after Pearl Harbor.’”

After their release, Tatsuro went to Cleveland, Ohio (perhaps to look for work?) while Hatsue and the two children went to Madison, Wisconsin. Later they reunited and settled in Utah, where Tatsuro and Hatsue lived the remainder of their lives..

Tatsuro's father, Torasaburo Masuda, had immigrated from Japan in 1892. In 1900 he opened the Masuda Co. at 421-7th St. as a combination grocery and dry goods store, hiring agency, pool hall, and barbershop. In 1916 he partnered with the Goto store (Alameda) and Morita Bros. store (Berkeley) to form Wanto Sho-Kai ("East Bay Company"). The stores prospered until the Great Depression. Torasaburo passed away in 1934 and two of his five daughters, Mineko and Yoshiko, ran the business. Meanwhile, his only son, Tatsuro, earned a degree in economics at UC Berkeley, graduating in 1938. (Note that some accounts conflate Torasaburo and Tatsuro.) 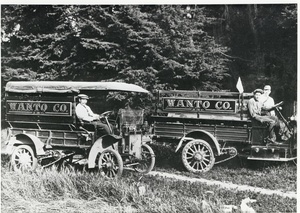 The Masuda family rented the 8th x Franklin storefront and did not own the building, so the "SOLD" sign visible in the full frame view may or may not have related to the Wanto Co. store or its closing.

It's not known who owned the car in the picture, probably a 1937/8 Buick Coupe. 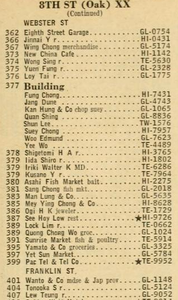 Lange also took this separate photograph, standing somewhat to the left of where she took the more famous photograph. Visible in the bottom left corner is the sign for the Kusano Hotel, which was at 709 Franklin Street, between 7th and 8th. (The vertical characters between "Kusano" and "Hotel" are the Japanese Katakana syllables for "Kusano" and not the Arabic numerals "771.") 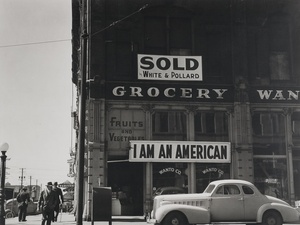 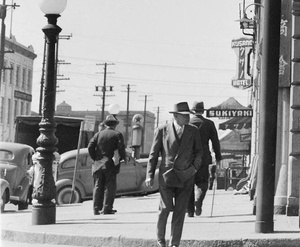 Originally the Hotel Galindo, it was constructed in 1877 and was the first brick building in Oakland. The Oakland Tribune occupied the building for its editorial and printing operations 1884-1906. 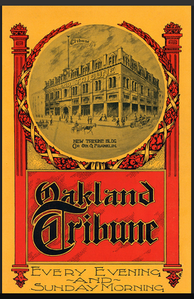 In 1943 the building was renovated for wartime housing; it later became Oakland Housing Authority apartments. 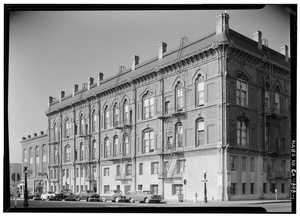 In 1989 the Phoenix Plaza mixed-used development was built. Here is the Wanto Co. site today, at 8th x Franklin: 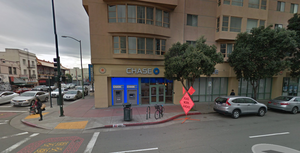 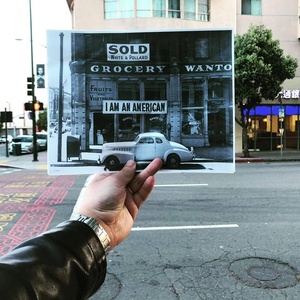 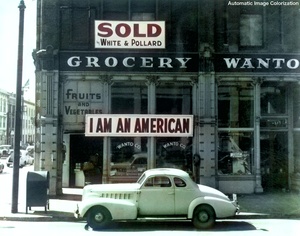 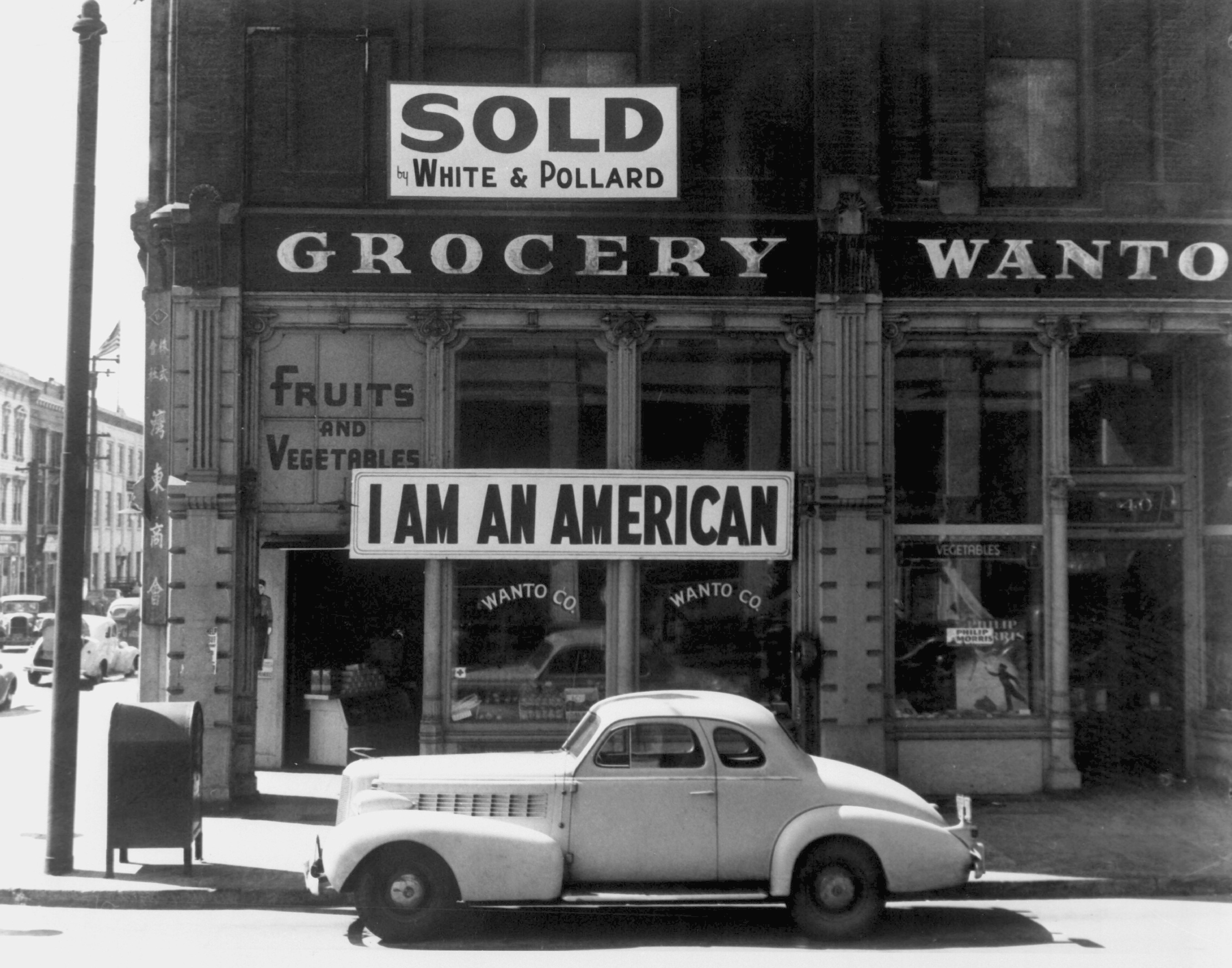