This mural, possibly called the Weight of the Red White and Blue Mural, is on 15th by Harrison in Downtown. The main part is by Meck and Charles and the character on the right is by Bud Snow. It is next to the UTI Production. The wood panels that the mural is painted on have been shuffled around so the mural already looks funky (10/14). 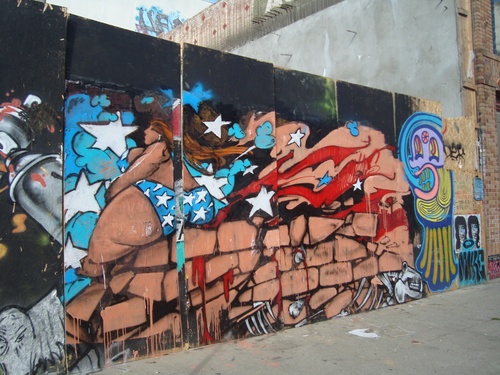 No more wonder woman. Artists now include CritterMagic and Cuss as well as ??? Topo? (the blue figure)