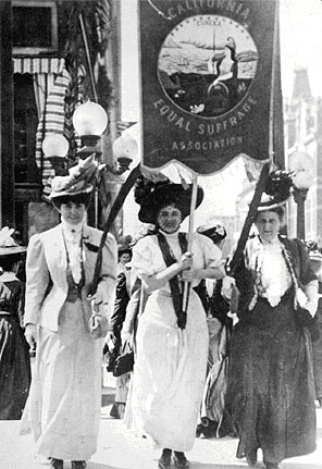 [copy/paste ... will rewrite later, or someone else can rewrite ...]

The first suffrage parade in all of California took place in Oakland on August 23, 1908. The Republican Convention was held at Ebell Hall, and a number of suffrage groups decided to march to the Convention from the Hotel Oakland in hopes of getting a suffrage plank on the Republican platform. This parade of over 300 women re-energized the suffrage movement which led to the successful passage of the suffrage referendum in 1911.