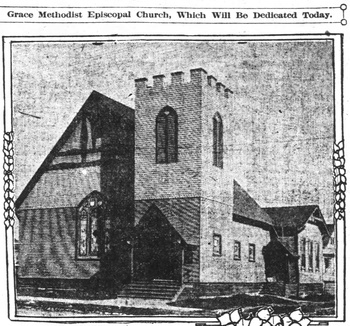 The building was dedicated in February 1906. It included stained glass by Hooper and Dombrink. 3 The mortgage was paid off and the building re-dedicated in 1908. 4 The house next door on Market St. was built as the parsonage in 1911. 2 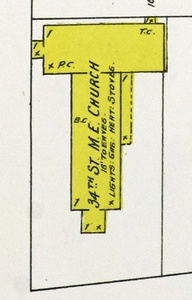 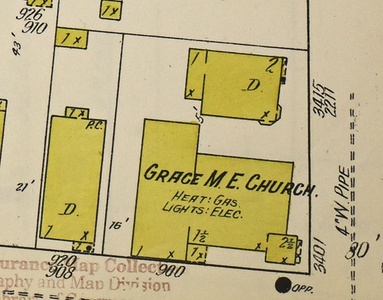 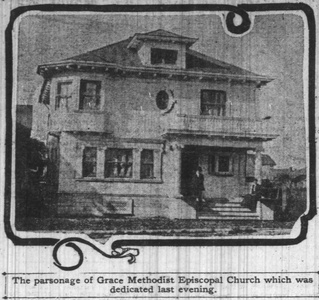 Perhaps in response to falling attendance, in 1924 the Market Street location was sold to the Seventh-Day Adventist church. More than 10 years later, the Grace named reappeared in East Oakland at the Grace Community Methodist Church. 5