What do you know about Edna Metz Wells Park?

Edna Metz Wells Park is 2.9 acres of land conveniently located within walking distance from Cameron Village. The park, located at 1600 Park Drive, has several walking trails that meander through the mature trees and over the stream.  Several small bridges cross the water and large boulders on the southern part of the stream aid in preventing further erosion.  The dense forest is full of pines, oaks, magnolias, and ferns, to name a few.

The Edna Metz Wells Park Stream Enhancement project was completed in the winter 2010. This site was originally recommended for stabilization in a 2001 Water Quality Improvement Plan for Pigeon House Branch, notoriously known as Raleigh's most polluted stream. This project was just one part of a larger plan, which included the Fred Fletcher Park Water Garden and Wetland. Stabilization and enhancement of the stream banks helps in preventing further erosion and degradation of the stream, thereby reducing the amount of sediment released into the stream and restoring habitat and biological integrity of the stream. 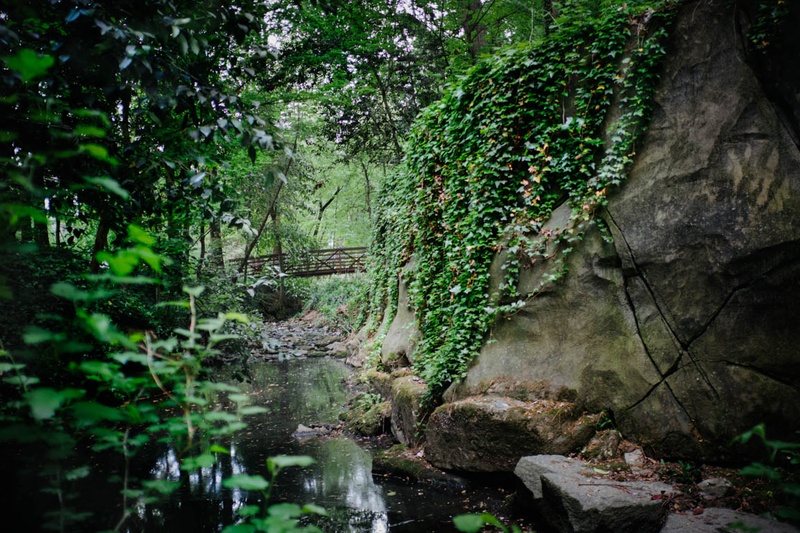