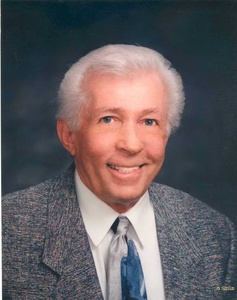 Councilmember Robbie Waters Robbie Watters was a local representative of the city council, representing City Council District 7. Robbie Waters is a native Sacramentan, born in 1936. He graduated from Sacramento High School in 1954. He then enlisted in the U.S. Air Force, completing his tour of duty in 1957. He became a member of the Sacramento Police Department in September 1958.

In the years that followed, he held several key positions within the Police Department: Detective Bureau, Burglary Detail, 1965; promoted to Sergeant of Detectives in 1965; advanced to the position of Lieutenant, Jail, Communications and patrol in October of 1966; Homicide Lieutenant from 1972 to 1976. In 1975, he participated in the arrest of Lynette “Squeaky” Fromme, who was later convicted for the attempted assassination of President Gerald Ford on the grounds of our State Capitol. His career continued as Juvenile Commander from 1976 through 1977; Internal Affairs, 1978-1979; and a Lieutenant in the Personnel Training division for three years. Robbie was elected Sheriff of Sacramento County in 1982; he held that elected position until 1987. As Sheriff, he established a north area sub-station, expanded the Sexual Assaults Bureau to fight sex crimes, assisted in the implementation of the 911 Emergency Response System, and the “Thumbs Up” finger printing program to protect our children.

He has received numerous awards during his years of service to our community: Law Enforcement Officer of the Year in 1974, Lawman of the Year by the Elks Lodge and the American Legion, and received the Sacramento Police Department Silver Medal of Valor in 1975 as a result of a shooting incident at a South Area Shopping Center. In addition to serving as a member of the law enforcement community for over 28 years, he holds a Bachelor of Science degree in Criminology from California State University at Sacramento and in 1976 continued his education by accumulating credits towards a Masters of Arts Degree from the University of Southern California and is a graduate of the FBI National Academy in Advanced Criminology and the first published author on the Sacramento Police Department – the 1972 text book “Introduction to Law Enforcement.”

Robbie retired as Sheriff of Sacramento County in 1987. He and his son, Darren, established a construction company and built several custom homes in the Pocket area. Robbie and his wife, Judie, are the owners of Pocket Custom Framing. He has served on the Board of several organizations including: the Boy Scouts of America; the Red Cross; Make A Wish Foundation; United Way; Cerebral Palsy; member, Board of Directors and past president, Pocket Little League; member, Board of Directors and President, Kennedy American Legion Baseball and is currently a member of the People Reaching Out Advisory Board of Directors and formerly on the Big Brothers/Big Sisters Advisory Board. As a member of the City Council, the Councilman serves as a board member of: The Mayor’s and Board Chair Forum Core Group, Regional Human Rights / Fair Housing Commission, City Financing Authority, County Disaster Commission, Audit Committee, Law & Legislation Committee, Sacramento Public Library Authority, Solid Waste Authority, and the Sacramento Metropolitan Cable Television Commission.

Robbie has been married to his wife, Judie, for over 49 years and they have lived in the Greenhaven/Pocket area since 1970. They have three grown children, Darren, Deanna and Dan. Robbie and Judie are also the proud grandparents of Macartney Elaine and Emily Anne.

The only Republican on the council at the time of his tenure, Robbie was elected to the Sacramento City Council in November 1994, and re-elected in 1998, 2002, 2006 and unsuccessfully sought a fifth term in 2010. The only Councilmember to receive the Taxpayers Advocate Award from the Sacramento County Taxpayers League, he is also the recipient of a resolution from the Sacramento City Council and a certificate from the Sacramento Chapter of the American Red Cross for his heroic efforts in saving a doctor’s life while on the Annual Capitol to Capitol trip in May 1999. Robbie was also awarded the prestigious Certificate of Merit by President Bill Clinton and the National Chapter of the American Red Cross on August 8, 2000. In February 2009, a new library under construction, The Robbie Waters Pocket-Greenhaven Library, was named in his honor.