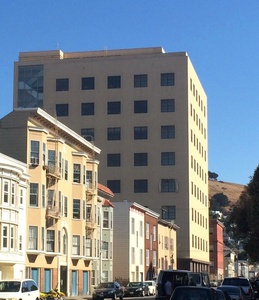 In a residential area at Capp and 25th in the Mission, there's an oddly big office building that always has lights on at night. What is that? It's the telco building at 3333 25th Street, owned by AT&T.

In other words, it's a telephone exchange containing telephone switches and other pieces of equipment, called a "central office" in telecommunications company jargon. The building includes internet networking equipment, including space rented out to companies such as Sonic (on the 7th floor). If you use a landline or DSL/fiber internet connection in this area, your lines probably go to this building on their way to the rest of the world.

A few visible hints that it's a telco building: it's unusual for the street (eight stories tall!), you can see cell antennas on the outside walls, and it doesn't look like a friendly place for people to work — there's a heavy gate in front of the door, and the ground floor has opaque windows with industrial-looking vents. Telco buildings are mostly just houses for machines, and you rarely see people going in or out.

On the gate at the front of the building, in a small metal box, there used to be a free public telephone that could make calls, and it even accepted calls. As of January 2016, the phone changed to only call inside the building.

There's a bar called the Phone Booth across the street.

History of this building 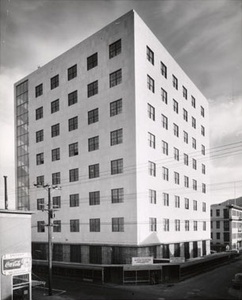 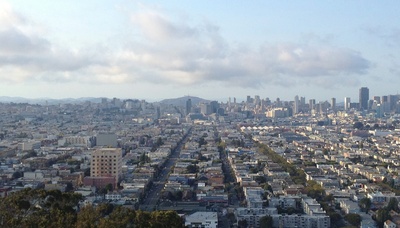 As seen from Bernal Hill Park in 2014, it's the tall beige building at left. (CC-BY Britta Gustafson.)

The building's operating company is officially listed as AT&T/SBC/Pacific Telesis/Pacific Telephone, which includes some old names for AT&T in this region.

According to Emporis (look up 3333 25th St) and the city's property database (look up 1045 Capp St), the building is from 1947. As a commenter on Mission Mission points out, there's a photo from Bernal Hill in 1969 that shows the back of the building as it looks today. A historic resource assessment from 1995 calls it "stripped Modernist style" and lists the address as 1011 Capp Street.

The SF Public Library description for the photo at left, dated 1949 Feb. 14, says that the back had this note: "When this new telephone building goes into service Sunday, February 20, all but 900 of San Francisco's 420,000 telephones will be dial. The new eight-story telephone building located at 25th and Capp Streets houses dial equipment, and will serve 40,000 Mission district telephones which will go to dial operation Sunday morning. The entire project represents a gross cost of $8,446,000 for land, building and equipment."

Wikipedia's history of Pacific Bell says "The manual 25th Street office in San Francisco, serving the MIssion, ATwater, and VAlencia exchanges, was converted by Pacific Telephone to a dial system in 1952." (From about the 1920s to the 1960s, telephone numbers began with two letters, called telephone exchange names.)

The SF Public Library description for the photo at left below is "Telephone company executives Lyle M. Brown, J. M. Black and M. R. Sullivan are shown inspecting switchboard in new $8,446,000 telephone building at Twenty-fifth and Capp streets with Mayor Elmer Robinson (second from left). You can see why there are an unusual number of windows for a telephone exchange building - this one is old enough that people (mostly women!) used to work inside. 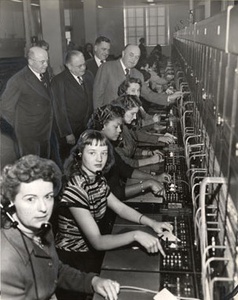 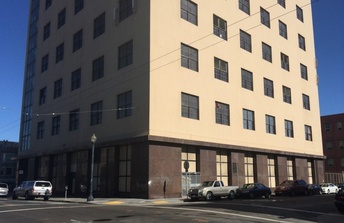 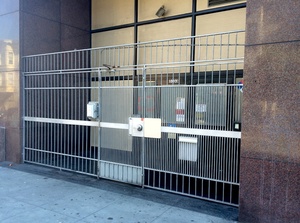 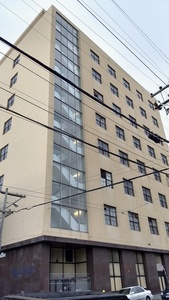 The earlier telephone exchange building on this corner

Before this building got built in 1947, there was a telephone office a little bit down the street. Check out this Pacific Telephone Magazine article, from May 1909: "The new exchange building of The Pacific Telephone & Telegraph Company at No. 1045 Capp street, near Twenty-fifth street, in San Francisco, known as the Mission Exchange, was placed in service on the morning of May 2nd, at which time 2300 telephones in the Mission District were changed from the Central Office at 74 West Mission street to the new building. About 1700 additional telephones will be changed within a few weeks. The new building is a fireproof structure of three stories and designed especially to meet the requirements of a modern telephone exchange...Employment will be furnished to about fifty-five persons, of whom forty-five are operators, and this number will be increased from time to time, as required."

The employee news from the November 1926 issue of Pacific Telephone Magazine gives a sense of the lives of the women who worked there as operators, one of the few jobs socially acceptable for young women at the time: "The Ukelele Club of Mission office, San Francisco, gave another wiener roast at Fleishhacker's beach. After a swim at Sutro Baths they departed for the beach, where all enjoyed one of San Francisco's incomparable moonlight nights."

This old exchange building at 1045 Capp Street (as seen at left) still exists! The Bell System logo on the side of the building has been painted over though. Pacific Bell donated it to the Mission Housing Development Corporation in 1992, and it became the Abel Gonzalez Apartments, an affordable housing building for senior citizens. 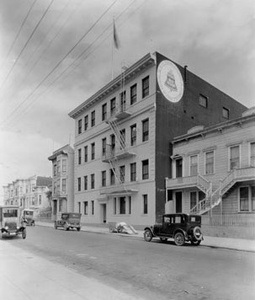 1045 Capp Street in December 1928, a little down the street from today's building (which is in the location of the houses at left). From the SF Public Library online photo archives, photo ID AAD-5717. 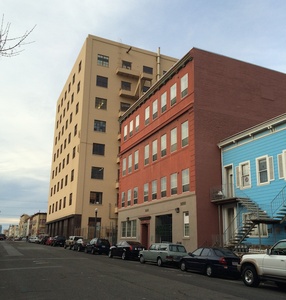 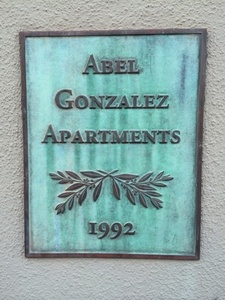 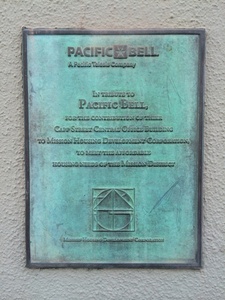 "In tribute to Pacific Bell for the contribution of their Capp Street Central Office Building to Mission Housing Development Corporation, to meet the affordable housing needs of the Mission District." CC-BY Britta Gustafson.

There was also an even earlier telephone exchange building in the Mission, but it was on Mission Street. A photo from the SF Public Library online photo archives, with the description of "A Telephone Company central office, known as 'Mission Office,' on Mission Street, between 18th and 19th Streets, San Francisco, Calif., in year 1897.". 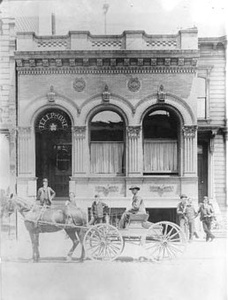 That one was ruined in the 1906 earthquake: 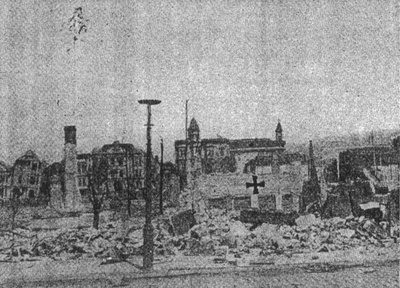 "Cross Shows Ruins of Old Mission Office. Total Wreck From Earthquake and Fire. Pile of Debris That Was Once A San Francisco Telephone Exchange."

Sonic sometimes uses CLLI codes in its router interface names. If you use Sonic internet in this area, try running this command at a command line: traceroute google.com - if you see something like *.*.snfcca05.sonic.net, that code (SNFCCA05) is pretty good confirmation that your connection probably goes through this telco building. (Even if you don't see that name, your connection probably goes through the telco building.)

Switch Type: Genband/Nortel DMS-100 (Wikipedia has some photos of what these look like.) 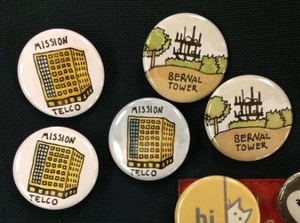