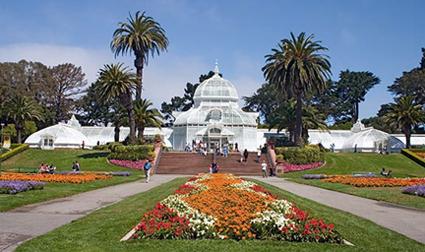 The Conservatory of Flowers is a gigantic greenhouse of exotic plants in Golden Gate Park. It was built in 1878 and survived the 1906 Earthquake. However, it was severely damaged by storms in Winter of 1995/1996. The Conservatory sat in ruins for years until a complete $25 million rebuild was undertaken several years later. The Conservatory was taken apart piece by piece and restored using old growth redwood that had fallen or had been left behind by loggers. It was reopened to the public in 2003.

Admission is free to all on the first Tuesday of every month. Check out a free family pass from the library through their Free Family Adventures program.

Wikipedia has a lot of info on this place. 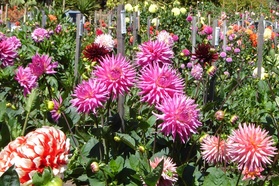 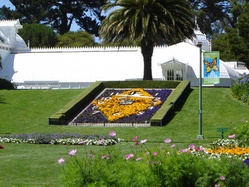