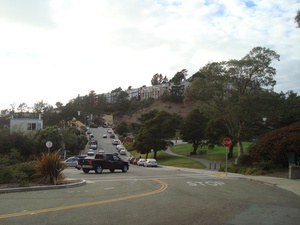 Diamond Heights with Walter Haas Playground on the right. (by mk30)

Diamond Heights is a neighbourhood above Noe Valley and Glen Park.

It's mostly a quiet residential neighborhood with a shopping center with a Safeway, post office, etc.

Some of the housing up here is actually affordable ("San Francisco affordable").

Diamond Heights was originally a planned community built in the 60s as part of San Francisco redevelopment. Some urban planning ideas that were new at the time (like having streets hug the hills instead of running straight up and down) were implemented in Diamond Heights. For some reason it doesn't have the most sterling reputation (here it's claimed that it doesn't have the same "village" feel as Glen Park; here it's called "SF's Flawed Jewel"), but the locals seem to love it (see comments here). ""It feels like a suburb, but I don't feel we're apart from the city at all," Okano said. "It's the best of both worlds."" [source]

The Diamond Heights Community Association is at http://diamondheights.ning.com/. 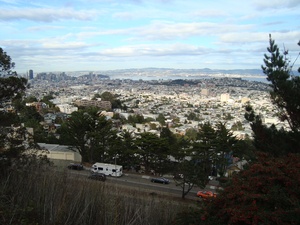 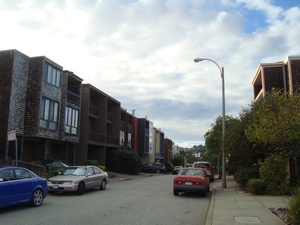