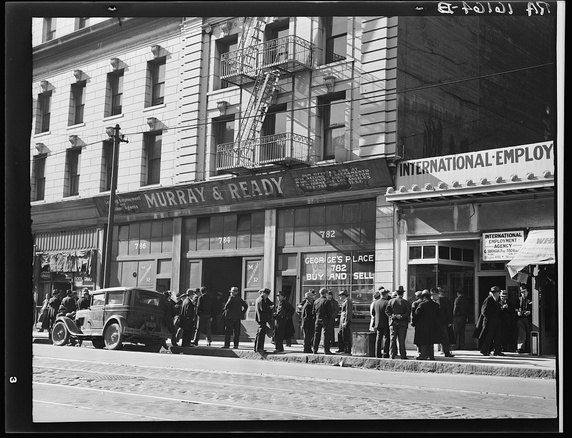 Howard Street in 1937, when Howard was known as "Skid Row," the district of the unemployed. Photo by Dorothea Lange.

Howard Street is a street in SOMA.  Known for having the Moscone Center North and Yerba Buena Gardens.

The street is named after William Davis Merry Howard, a salior and member of SF's first city council.