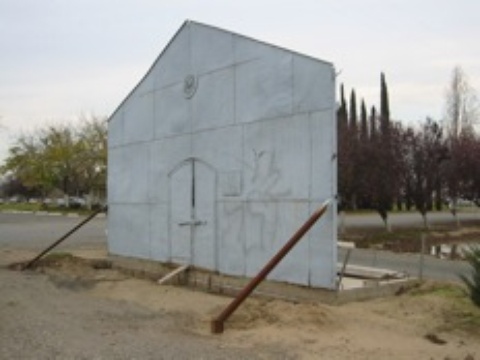 Remnant of John Sutter's Hock Farm on the Feather River. Hock Farm was the first Euro-American settlement in Sutter County. It was established by John Sutter in 1841 on the west bank of the Feather River, a few miles south of what is now South Yuba City. Its name is believed to come from the German word "hoch," meaning "upper." The inhabitants of a Nisenan village in the vicinity of Hock Farm were also referred to as the Hocks, but this name probably arose only after Hock Farm was established. There were approximately 80 to 100 Nisenan people in this village.

One of the first people to recognize the agricultural potential of the Sacramento Valley, Sutter undertook many agricultural ventures, including peach, fig, and pomegranate orchards, vineyards, wheat fields, and gardens of rare plants. He purchased hundreds of cattle and horses to graze on his land, using the entire area between the Sacramento River and the Feather River as a vast grazing ranch. He hired local Nisenan and Miwok people to sow and harvest his crops.

After spending much of his time at Sutter's Fort and Sutter's Mill during the intervening years, Sutter sold most of his lands and retired to Hock Farm in 1850 with his wife and children, who had just arrived from Germany after 16 years of separation from him. In 1865, the house at Hock Farm was burned down by arsonists, prompting Sutter and his wife to move to Pennsylvania.