c. 1850s (?). This very old and very charming housewith its low pitched roof and symmetrical eaves appears on the 1880 Panorama View of the City of Ann Arbor, and could date back to the 1850s. Herbert Slauson lived here for many years after the turn of the 20th century. He was superintendent of Ann Arbor Public Schools, and the namesake of Slauson Middle School. 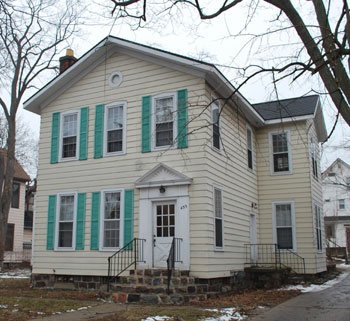 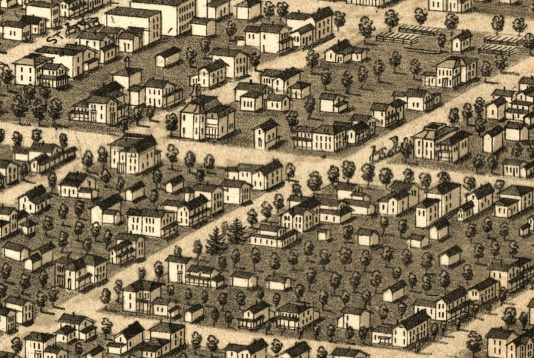