Collisions between deer and vehicles is one of many categories of traffic crash types available from Michigan Traffic Crash Facts. The map and bar charts below were generated from 2004-2013 data extracted from Michigan Traffic Crash Facts and from 2014 data requested directly from the Michigan State Police (MSP). [Combined_Deer-Crash_Washtenaw_2004-2014.tsv] Note: MSP provided the 2014 data on Feb. 4, 2015 indicating that the 2014 data was at that time still considered preliminary. 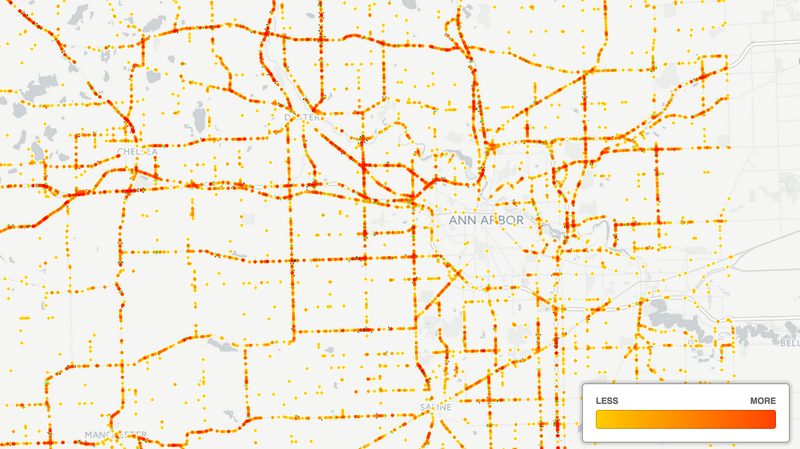 Based on data from 2004-2014. Link to dynamic version of map: Deer-Vehicle Collisions in Washtenaw County.