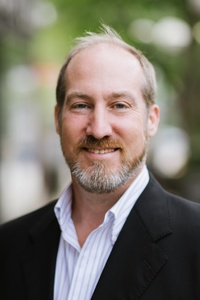 Jeff Hayner has lived in Ann Arbor for over 30 years, since 1983, when he attended the University of Michigan and received, in 1987, a BFA in Industrial Design.  He is married to Lea Abbott, an Ann Arbor native, and has two children who attend the public schools.  He is a small business owner of a design and fabrication shop.  He also runs the gum and graffiti removal business The Gum Giant.   He has helped to create several stencil-based murals around town as part of a volunteer anti-graffiti campaign.  He served 3, 2-year terms on the board of the non-profit Ann Arbor PTO Thrift Shop from 2010-2016.

Jeff and Lea are founding members in memoriam and members in good standing of the Historic Marbold Farmstead Association, a not-for-profit dedicated to the creation of a living history farm at the Marbold Farmstead near Greenview, Illinois.  In 2012 the farmstead was listed as one of the 10 most endangered historic places in Illinois.  It has since been purchased by the foundation and is in the process of being preserved and restored.

Jeff Hayner is the Democratic representative for Ward 1 City Council, elected on the November 6, 2018 General Election ballot, after winning the August 7th primary. His platform is centered on protecting our water resources, the environment, sustainable land use, human rights and transparency in government.  He has the endorsement of the local and state chapters of the Sierra Club, as well as several current and former city council members.

Jeff Hayner was an independent candidate for the Ann Arbor City Council for Ward 1 in the 2013 general election. He received 549 (32%) of the votes cast that election. The two other candidates on the ballot were incumbent Democrat Sabra Briere, who prevailed with 1,139 (66%) votes and independent Jaclyn Vresics, who received 20 (1%) votes.  He continues to be active in local matters and can regularly be seen speaking at public hearings.  He has called for PILOT programs to be negotiated with the University of Michigan and all other non-profits within city limits who enjoy property tax-exempt status. He advocates for starting a 1% For Water savings program for the City of Ann Arbor to create a fund to assist in cleaning up the Gelman Plume groundwater contamination.  He is involved with CARD ( Coalition for Action on Remediation of Dioxane).

Jeff has long been associated with the college radio station WCBN-FM, 88.3.  In the early 1990's he co-hosted the electronic music program Crush Collision, which a few years ago celebrated it's 25th anniversary on the air.  He continues to be active in the music and arts scene in Ann Arbor.

MLive Letter to the Editor about Jeff Hayner: http://www.mlive.com/opinion/ann-arbor/index.ssf/2013/10/letter_jeff_hayner_would_be_un.html