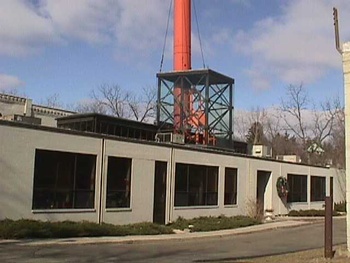 A 1999 photo of the Northern Brewery from the City of Ann Arbor Assessor.

The Northern Brewery is an office building at 1327 Jones Drive in the Traver's Addition section of Ann Arbor. It is now the home of the Tech Brewery.

The current building was built as a brewery by Herman Hardinghaus in 1886 on the site of an earlier brewery. The site was considered suitable for a brewery because of its access to Traver Creek.