When both Pioneer High School and Huron High School hosted around 2500 students, stakeholders of the Ann Arbor Public Schools attempted for almost 30 years to build a third comprehensive high school to serve some of that population. A ballot proposal to fund the high school passed in 2004. The school board selected a parcel already owned by the district at M-14 and Maple Road for construction, at 2552 North Maple Road.

This caused significant controversy, with many feeling the board was ignoring a perfect opportunity to put the school in the southwest, where the main growth in student population was and where the majority of economically disadvantaged students were. Redistricting of the high schools also caused controversy, as residents of the Clague school district were split between Huron and Skyline.

Construction was delayed and over budget. The school, originally slated to open in 2007, opened in 2008. Former Superintendent George Fornero resigned shortly after the delay was announced.

In 2006-2007, the district enlisted students and community to name the new high school. Skyline High School was the selected name. Salura Jackson was the founding principal.The school opened in September, 2008 with 9th graders only, adding one class each year over four years. In 2009, Skyline accepted the first group of students into its four magnet programs: business marketing & information technology (BMIT); communication media & public policy (CMPP); design technology & environmental planning (DTEP); health & medicine (H&M) . By the time Skyline had all four grade levels, there were roughly 1600 students per comprehensive high school in the district. 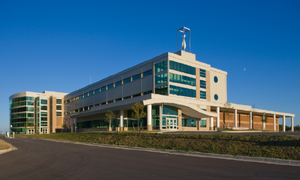 Besides the Ann Arbor Public Schools' own bus system, Skyline is served by AAATA Route 18.