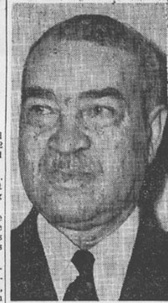 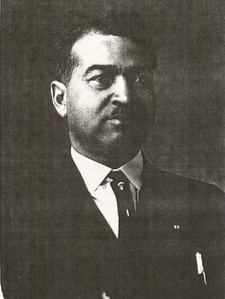 Albert R. Lee (1874-1948) was known for many years in the first half of the twentieth century as the unofficial "dean of the colored students" at the University of Illinois. He was born on June 26, 1874, on a farm near Champaign, Illinois. He went to local schools, including Champaign High School and he graduated in 1893. Albert Lee attended the University of Illinois in 1897-1898. He also studied privately for four years. When Albert Lee reached the age of 20 in 1894, he became a messenger boy at the UI working for President Andrew S. Draper, the fourth UI President. At that time there were only 800 students at the UI. In 1895, there were 74 graduates. Some of the buildings that were on campus in 1894 were the Natural History Building (1893), an 1870 model farmhouse now called Mumford House, and the Military Drill Hall (1890) now called the Kenney Gym Annex.

By the time he was promoted to assistant clerk under President Edmund J. James in 1907, these buildings had been added to the campus: Altgeld Hall (1897), the three round barns (early 1900s), Davenport
Hall (1899), and the Auditorium (1907). The Woodshop (1901) was there but while we were writing this book it was demolished. In 1909, Albert Lee became clerk. He still worked for President James until 1920 when President David Kinley took office, and Albert Lee became chief clerk. He worked for four more presidents.

When Albert Lee retired in 1947, he had worked at the UI 53 years--which was longer than anyone else at that time. By then, the UI had grown to 18,000 students. In Albert Lee's manuscript, "UI Presidents I Have Known," this is what he wrote about how the different presidents described him: " .. .It also must be considered that I served each at a different age of my life, with varying degrees of experience, so that some regarded me as a mere boy; others as a young man, the later ones as a man of experience and maturity." President David Kinley, the sixth president, was the first to call him Mr. Lee. The year was 1920. In addition to Mr. Lee's other duties at the UI, he was the unofficial "dean of the colored students," meaning it wasn't an official job for pay, but he did it by choice.

He was the only black person there that black students could go to for advice and guidance. Albert Lee made a list of black students, estimating that about 683 had attended the UI up to 1934. Black students could not sleep on campus until 1965. Albert Lee also worked in other places that needed help such as the Bethel A.M.E. Church, the local National Association for the Advancement of Colored People (NAACP), and the Champaign township Republican committee. In 1940 he was listed in Who's Who in Colored America. For many years he was secretary of an interracial commission. He felt that students should work together "to try to solve the admittedly knotty race problem." On August 24,1948, Albert R. Lee died at age 74 at his home in Champaign, Illinois.

The following information comes from a 1989 newspaper article about Mr. Lee's legacy:

"Years ago, when black students at the University of Illinois were not allowed to live in dormitories, they went to Albert R. Lee for help. Mr. Lee, a north Champaign resident and an employee of the UI 's president's office, matched students up with families in north Champaign that were willing to rent out rooms. Sometimes, he took students in to live with his own family. "A lot of them came here not knowing what to do: recalls Bernice Brightwell of Urbana, Albert Lee's daughter. "Some of them wouldn't have enough money to register, and Dad helped them get their fees deferred until they could pay. When they came here, they seemed to know about Dad - so many of them seemed to know about him." Albert Lee was called the "Unofficial Dean of the Colored Students" at the UI for more than 50 years. That title was strictly unofficial, however, for his efforts to help the black college students were made on his own time. Officially, he worked in the president's office under seven presidents, ranging from Andrew Sloan Draper in 1895 to George Stoddard in 1947. He began as a messenger and then advanced to assistant clerk, clerk and chief clerk. When he retired from the ill in 1947, it was noted he had been the first black employee hired at the University of Illinois and the employee with the most years of service - 52 years In all. He died a year later at the age of 73.

A former stenographer in the UI President's office said that in the first half of this century, there was no official overseer of black students and their problems. Albert Lee assumed that role. "They were always coming to him with problems. and he talked to them and helped them" she said. "He didn't lend money - he didn't have the money to lend - but he lent a helping hand. He had a wonderful way of handling students, and he helped them a lot." Frances Godfrey Dickman, who was secretary to five Illinois presidents, recalled working with Mr. Lee, and she noted he had a great sense of humor. "He was a wonderful person. Everyone liked him. He got along well with the presidents and with the other workers in the office. He was a bright man, an intelligent man - very well thought of on campus." He took a special interest in the black athletes at the UI, according to his daughter. Newspaper clippings about Mr. Lee's retirement note that he took as much interest in UI athletics as (former) athletic director Doug Mills, "watching particularly the progress of Negro athletes." Bert Piggott, a fullback on the 1947 UI Rose Bowl team who now lives in Greensboro, N.C., said he can't remember how he got to know Mr. Lee but he does remember that Mr. Lee was very popular with black students. "It just seemed he was a friend to everybody that needed help," said Piggott. "He wasn't outstanding with money or anything. He was just a good buddy. If you had problems. you could go to him and he'd do his best to help you."

He was born on a farm a few miles northwest of Champaign, and graduated from Champaign High School. In February 1895, he applied for the messenger's job at the UI president's office. President Draper hired him on the spot. Mr. Lee took a year's leave of absence to attend classes in 1897-98. Although he returned to working full time in 1898, he didn't give up hope of achieving an education. He studied privately, readi ng university textbooks in his free time. Mr. Lee said in a newspaper story in 1942 that in his early years in the president's office he was just called Albert or "the boy." But when David Kinley became UI president, Kinley insisted that he be called "Mr. Lee." Everyone called him that thereafter. He retired in 1942. But retirement was cut short when they asked him to come back to work in 1943. "During the war period they needed people: explalned Mrs. Brightwell. "They could have gotten along without him, I suspect, but they though they couldn't. He'd been with them so long and he knew so many of the routines - where things were and how to find them." When he retired for the last time in 1947 he noted he'd seen the ill grow from a school of 800 students into a university for more than 11 ,000. He served UI presidents Draper, Edmund J. James, Kinley, Harry Woodburn Chase, Anhur H. Daniels and Arthur C. Willard. He retired shortly after the installation of George Stoddard. In addition to his work with black students, he was a prominent member of the black community. He was president of the Bethel A.M.E. choir for 36 years, singing tenor in the choir himself. He was a Sunday school district superintendent. He was also active in the Masons and Shriners, attaining the rank of past grand master with the Masons. "He was a busy man all his life," said Mrs. Brightwell. "He kept busy, and he enjoyed that." He and his wife, Maud, raised three children in their home at 605 North Walnut St. Because of his prpminence in the community, the house was selected as a historical site in Champaign County by the Bicentennial Committee in 1976. Mr. Lee proudly sent each each of his three children to the UI, and two graduated. Mrs. Brightwell attained her master's degree in English from the U of I in the 193Os. "He was very proud of my getting my master's degree" she said. Lucy Gray, a longtime friend of the Lee family, said Mr. Lee did everything he could to help students further their education. if they showed the interest. "I think that was his main purpose - to get them involved at the university," Mrs. Gray said. "He was very interested in young peopl e. and he encouraged Albert Lee, 'unofficial Dean of the colored students' them to get an education."

See also, files on Albert R. Lee in the Doris K. Wylie Hoskins Archive for Cultural Diversity: http://eblackcu.net/portal/items/show/1935 and the Albert Lee Papers at the University of Illinois Archives.