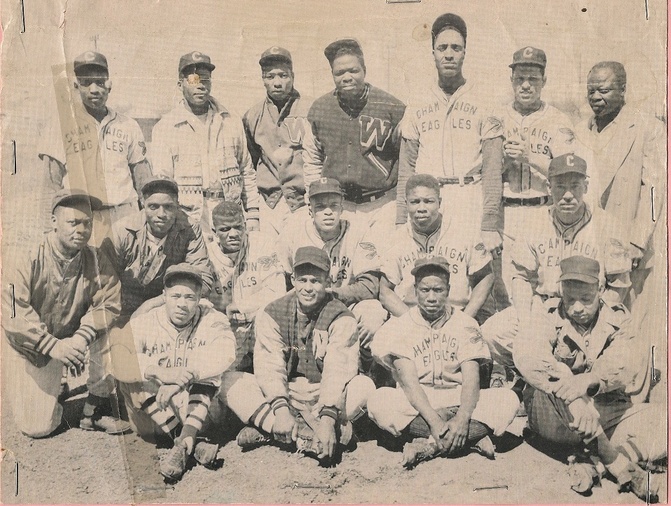 The Champaign Eagles were a segregated African-American baseball team that was part of the regional minor league Cornbelt League in the 1940s, 1950s and 1960s. During this time period the Champaign Eagles were among the best baseball teams locally. Their home base was at Eagles Park, now Douglass Park. Sundays at old Eagles Park were something of a social occasion and the team's away games would draw a caravan of cars. Fans everywhere loved to watch the Eagles play. Newspaper articles noted their habit of making a strong bid for the championship in the final stretch of the season. They were good competition. The Eagles were the League Champion in 1957; shared that title with Buckley and Gifford-Flatville in 1959; with Buckley and Royal in 1960; and finally with Rantoul in 1966. They were Tournament Champs in 1960.