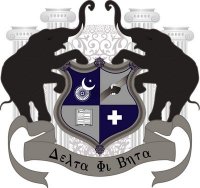 Delta Phi Beta has thrown a number of successful parties in the past which include:

Delta Phi Beta has participated in various community service events. Some of them include:

In June 2006, Delta Phi Beta successfully hosted the first South Asian Middle Eastern (SAME) graduation in UC Davis history. Each year, SAME graduation becomes bigger and better; it is a tradition we want to keep alive for the generations of students to come.

Please email us at [email protected] for more information and join our "Delta Phi Beta & Friends" group on Facebook for the latest updates!