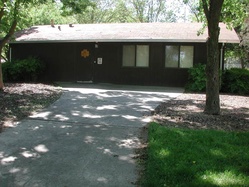 The Girl Scouts of Davis are a female-only Scouting organization for Davis' youth. Their headquarters are in Slide Hill Park. Davis has an extremely active Girl Scouting community with over 700 registered Girl Scouts within Davis.

Local Girl Scouts are part of the Girl Scouts Heart of Central California, the regional council. The Davis Service Unit is #119.

Girl Scouts includes several age/grade-based divisions, each with their own activities, uniform, and patches. These divisions include:

There are one or more troops, or small groups of girls and their leaders, within each age division.

Their public visibility peaks each year during the time when they sell Girl Scout Cookies without permits to sell/re-sell and in violation of city solicitation and loitering ordinances. The girl Scouts of America have been targeted for this activity in other states, although not yet in California.

Georgia fined for not having permits to sell.

Colorado warned to get permits prior to sales.

IN 1992, The Girl Scouts of America have also been charged and found guilty of discrimination against others such as Atheist and ordered to allow their admittance. Since that order has taken effect, the GSoUSA have allowed Atheists and others into the organization and allows them to alter the Girl Scout Motto according to their beliefs, substituting the word 'God'.

On my honor, I will try: To serve God and my country, To help people at all times, And to live by the Girl Scout Law.

I will do my best to be Honest and fair, Friendly and helpful, Considerate and caring, Courageous and strong, and Responsible for what I say and do, And to respect myself and others, respect authority, use resources wisely, make the world a better place, and be a sister to every Girl Scout. 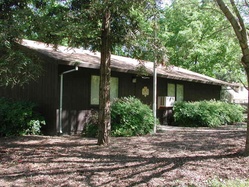 The back of the cabin 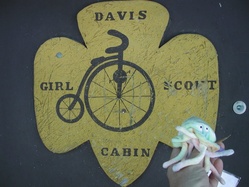 The Logo and, um, an octopus.