Spring 2005 training near the undiverted portion of the arboretum. Reserve Officers Training Corps is a civilian college program that prepares college students to enter the military as commissioned officers upon graduation. The commission carries a 3-year obligation. Many midshipmen (Navy and Marine Corps) and cadets (Air Force and Army) carry ROTC scholarships which provide full tuition, and monthly and book stipends. Scholarship students incur a 4-year obligation.

Sometimes you will see helicopters landing on campus to pick them up for transportation to activities. See also Aggies in the Service as well as Military Aircraft if you're so inclined. 'Nam is the paintball field.

Both Navy and Marine Corps midshipmen train under the same program. Davis is a branch school of Berkeley, which means the midshipmen drive over there every Thursday for a day of drill and class. 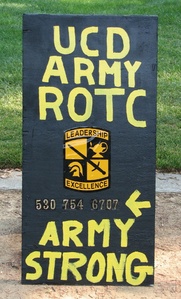 See that black and gray horde running every Monday, Wednesday, and Friday morning? That's the Army.

UC Davis has what the Air Force calls a Crosstown agreement with Sac State which means that Davis Cadets are part of the Sac State unit, Detachment 088. Det 088 is the largest Detachment in California and one of the largest and best in the country. Cadets attend Leadership Laboratory (LLAB) and Physical Training (PT) sessions two to three times a week and take an easy single one hour class about the Air Force and current events for college credit. Between Sophomore and Junior years, Cadets attend a 28 day leadership training (LEAD) which replaces Basic Training. AFROTC is hard work but the leadership training is invaluable even in civilian life. To learn more contact our detachment with any queastions: [email protected] or visit Det 088's website http://csus.edu/afrotc/ 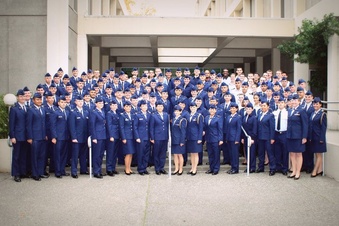 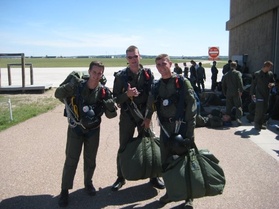