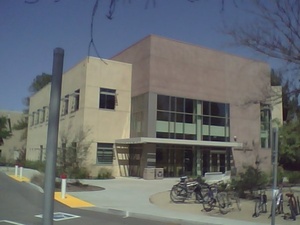 Located just south of Academic Surge on La Rue, the Watershed Sciences building houses the eponymous UC Davis Center for Watershed Sciences, which in turn researches the ecological health of rivers, streams, and deltas in California. Interestingly, only the first floor of the building was devoted to this purpose. The second floor was left as an unfinished shell, with nothing but walls and electrical sockets.

Early in 2009, several labs and offices in the Computer Science department were moved from Kemper Hall to this building, and took up residence on the second floor. Laboratories to be found here include the Security Lab and the Networking Lab.

Photo array in the lobby showing professors and projects

No concept art exists on file for what this extension to Academic Surge will look like, but dedicated Wiki scientists believe it could look something like this

This relatively new building has a pretty serious pattern of cracks in the stucco. 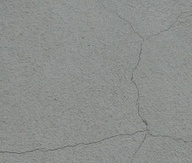 Window on the western face

I have seen this happen, often because of it not drying properly suggesting a kinda off mixture for the stucco. They should have redone it, but then again they are on budget, hopefully these are not too terribly deep cracks. ~Davepoole