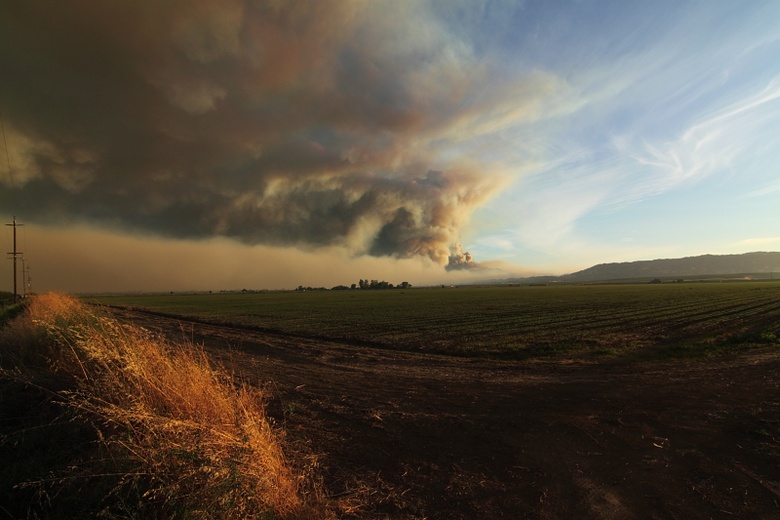 The Wragg Fire (July 22, 2015) - As seen from just north of WintersThe Wragg Fire was a major wild fire that burned near Lake Berryessa in the summer of 2015,  The blaze started in the afternoon of July 22nd, a Wednesday, and grew to nearly 6,900 acres over the following 24 hours.  Stebbins Cold Canyon Reserve, a popular hiking spot for locals,  was severely burned. The fire is believed to have started from a car accident, and was fueled by gusty winds and persistently dry conditions related to the ongoing drought.  A massive plume of smoke engulfed most of Winters and Davis after the fire started, darkening the sky and turning the sun into a glowing red ball.  The following morning, a thin layer of ash lay on many cars.