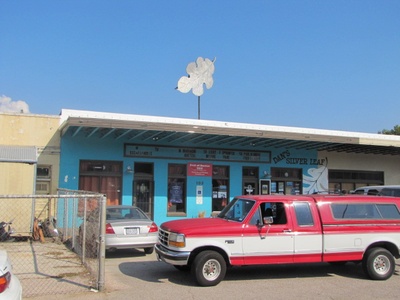 Dan's Silverleaf is a bar with an enormous silver leaf on top of it. I'm not kidding. 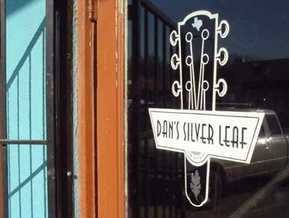 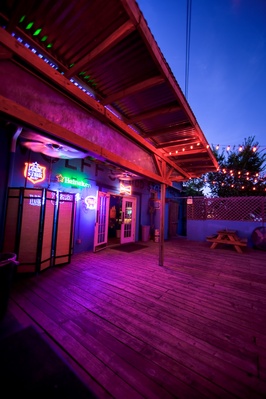 The back of Dan's, photo by Clint Miller.

Paul Slavens play's at Dan's every Monday night at 10. Bring cash and song title suggestions and Slavens and company (including Jeffrey Barnes of Brave Combo) will deliver awesomely executed, funny songs and an all-around good time.

Sarah Jaffe used to work at Dan's, and still plays shows there fairly often, in which she tells the audience repeatedly how much she loves the bar and Denton.

Hares on The Mountain plays a Free Happy Hour show on most Sundays starting at 5pm. Come for the music and stay for the shots!

"A true Texas Music icon in itself, Dan’s Silverleaf (formerly Dan’s Bar) has put Denton on the map for almost a decade with a refreshingly super-mellow atmosphere, star studded rock, jazz, blues and country acts from around the state and the world, and a sound system equation to be envied by even the most popular clubs in the DFW area. This club is a completely unique experience and destined to become a legendary venue in the annals of Texas music."
– Via: www.artandseek.org