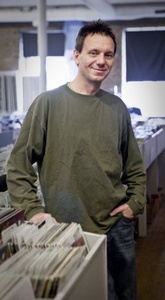 photo: Adam Bird for MLiveHerm Baker opened and ran Vinyl Solution from 1986-1999. He opened Vertigo Music in 2000 where he is the manager.