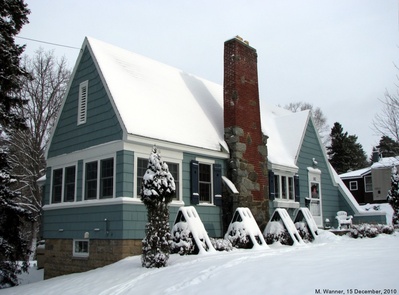 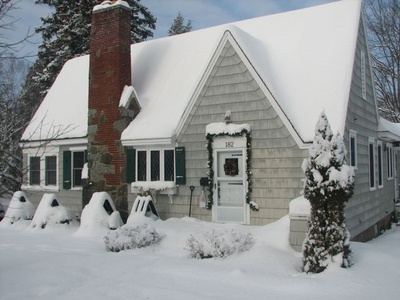 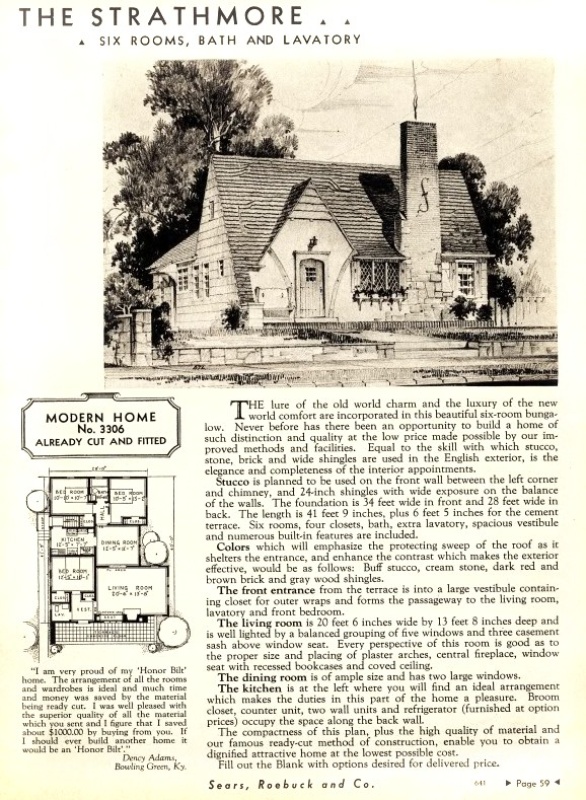 Other information: This is a Sears Roebuck Strathmore kit house, (see Strathmore model), built in 1932 by Chester Valentine. It was built as a mirror-image of The Strathmore. Sears, Roebuck Co. held a mortgage on the house, though the lumber is not marked with the Sears logo.

The earliest deed is from 1890 and it describes the lot with the same dimensions it has now. William Benham sold it to Henry and Gertrude Kingman; it was "known as the Chester Peck lot, occupied by John Graves for several years" suggesting that there was a previous structure on the lot. In February 1932, Getrude Kingman sold the property to Chester Valentine.

A cure porch was added, which apparently lengthens the living room. (reference: Daniel D. Reiff. See Marquay Cottage.) While no documentation of cure use was found in the 1984 Historic Saranac Lake building inventory, the large, glass-enclosed, sitting-out porch appears designed to accommodate a sick resident. 1

The lot was apparently enlarged in 1974 when property in the back was purchased by Ralph Lloreda from Clyde Cheesman.

1. Based on testimony of Clyde Cheesman, Phil Gallos noted that the house was built in 1932 by the Saranac Lake Chamber of Commerce as a promotional project, but it appears that 97 Lake Street was the actual site of that project.