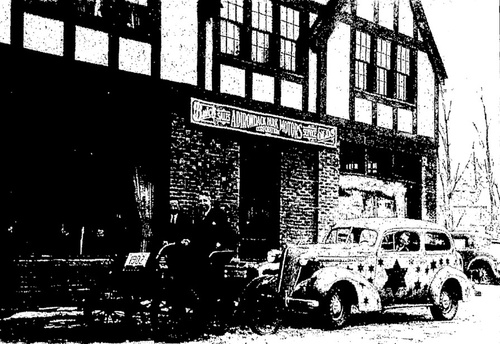 Adirondack Park Motors, at 28 Woodruff Street, sold Buicks and Oldsmobiles.
The owners are shown sitting in a 1902 Oldsmobile with a new 1936 Oldsmobile parked behind it. This was later the location of a Studebaker/Packard Agency.
Photo courtesy of the Adirondack Room of the Saranac Lake Free Library - 83.574
Adirondack Daily Enterprise, February 4, 2006Adirondack Park Motors was an automobile dealer that started at 10-12 Depot street selling Buicks.  They moved to 28 Woodruff Street in 1936 and to 9-11 River Street in 1945.  It was owned by Eugene Christian from 1946 to 1959, when he sold it to Richard Glad and Guy Leaper; they moved the dealership to Tupper Lake in 1970.1,  2 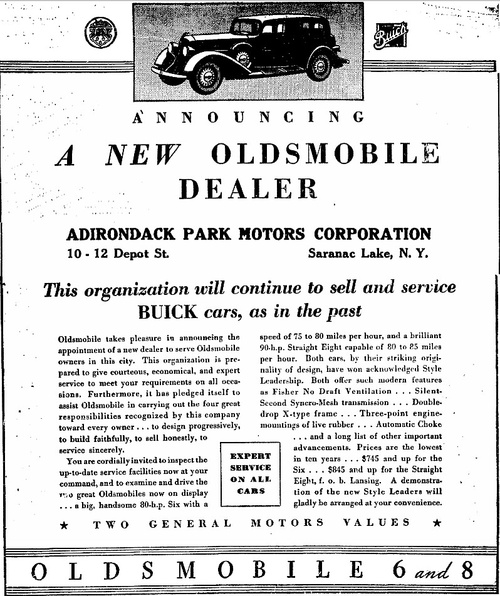