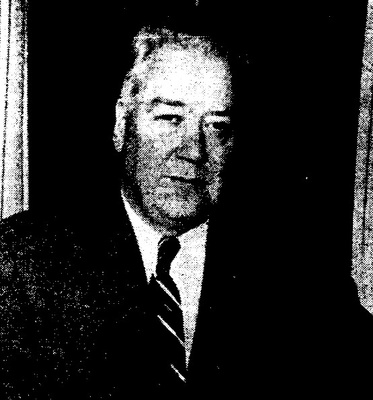 Buxton was born one of nine children on July 22, 1903 in Carroll County, Ohio, the son of James and Eleanor "Nellie" (Madison) Buxton.

He became president of Paul Smith's College in 1948 after a long career in education, which began teaching one-room country schools in Green Brier, Ohio from 1923 to 1924 and in Stoney Point, Ohio from 1924 to 1925.

Mr. Buxton started his teaching career in the North Country when he became a member of the faculty at Clarkson College of Technology in 1937. He taught math and physics and later became a professor in physics.

Besides working in education, Buxton also worked in business. He became the president of the Paul Smith's Power and Light Company until it merged with Niagara Mohawk Power Co. and was president of Paul Smith's Telephone Co. He lived in Glenwood Estates in Saranac Lake.

A Methodist, Mr. Buxton first became a member at Riley's Methodist Church in Carroll County, Ohio. He was subsequently a member and served on the committees at Methodist churches in Potsdam, Malone, Bloomingdale and Saranac Lake. He was president of the board of trustees at Saranac Lake Methodist Church from 1978 to 1980. Buxton had a long involvement with Paul Smith's College. He was a member of the board of trustees of Paul Smith's College and also was a Trustee Emeritus and consultant. Buxton Gym at the college was named after him.

He was predeceased by his wife and four bothers and sisters, James, Helen, Martha and Francis.

There will be no calling hours. Interment services will be at the convenience of the family.

Memorial donations may be made to the Chester L. and Mildred Z. Buxton Scholarship Fund, Paul Smith's College, Paul Smiths, N.Y., 12970. The Fortune-Keough Funeral Home is in charge of arrangements.