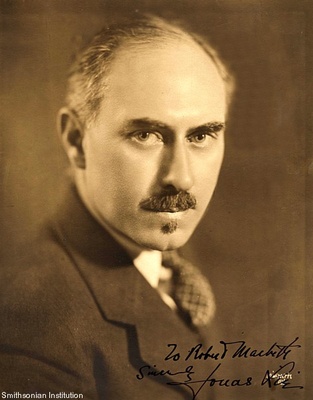 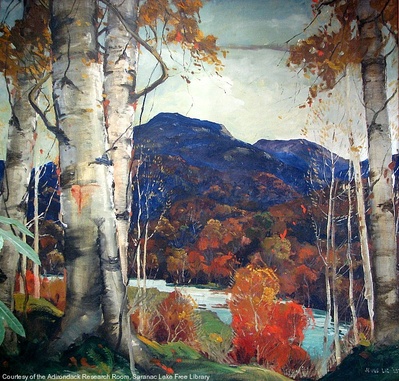 "Mount Baker and the Saranac River"

This plaque is mounted below the painting of Mt. Baker. 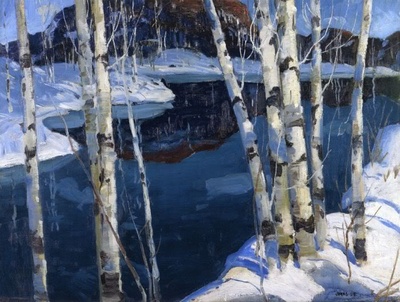 Jonas Lie was a Norwegian painter, in Saranac Lake with his wife Inga, a tuberculosis patient. He became one of the best-known American landscape painters in his lifetime, best known for colorful paintings of coastlines of New England and city scenes New York City. 1 Although not widely known for his Adirondack work, his studies of the region spanned most of his productive life. The Saranac Lake Free Library has one of his paintings.

Miss Inga Sontum, a Norwegian dancer, and Jonas Lie, an artist of this city, were married on July 1 at the latter's studio, 2 East Eighty-first Street. The fact of their marriage did not become known until yesterday, and it came as a surprise to many of their friends. Miss Sontum has appeared in society entertainments here for several seasons, also at Newport, and has taught fancy dancing.

Another picturesque Adirondack beauty spot of this section has found its way into an art collection of high repute by way of the brush of Jonas Lie, noted painter, who makes his home in Saranac Lake. Word has been received of the purchase of the painting known as "Old Logging Road" which was done by Mr. Lie last fall, by the Albright gallery, of Buffalo.

The subject's location is at the Mannix bridge a rapidly decaying crossing over the Saranac river just outside Saranac Lake village towards Bloomingdale. The bridge and road that crosses have long since been abandoned for the use of their original construction, and Mr. Lie successfully caught the significance of the thing in his canvas interpretation.

…Norwegian-American painter Jonas Lie (pronounced "Lee") occupied first the house at 135 (now 308) Park Ave. and, later the house at 157 (now 382) Park Ave. He lived here with his wife, the dancer Anga Sontum, [sic] who was here for her health, and their daughter Sonja, who attended Saranac Lake High School. Lie was one of the most celebrated landscape painters of his era. Both rebellious and conservative, he led a revolt against the jury system of the National Academy of design. Yet, unlike many of his compatriots, he remained a member of the Academy and eventually, became its president. He is remembered as a kindly and generous man; in 1925, he made a gift of a magnificent painting of Mount Baker from Highland Park to the physicians of Saranac Lake in recognition of their work. The painting was hung in the Saranac Lake Free Library, that it might be available for viewing by everyone, and you can see it there today. Currently, there is an exhibition of 31 of Jonas Lie's paintings at the Spanierman Gallery in New York City.

While they were both in Saranac Lake, Jonas Lie is said to have taught the young artist Paul Sample.