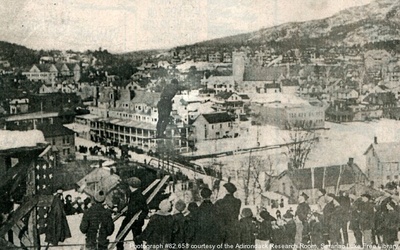 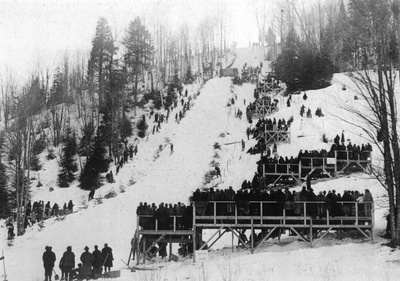 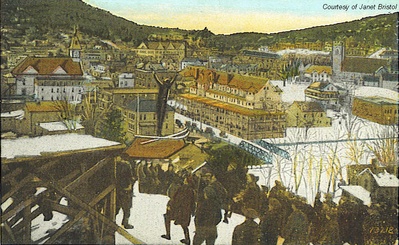 The Saranac Lake Ski Club had 105 members circa 1918, when ski jumping was becoming popular. A jump was built on Blood Hill and weekly contests were held in jumping and cross country skiing. An exchange of visits was held with the Montreal Ski Club resulting in improved techniques. This and other skiing activity in the Adirondacks culminated in the organization of the U.S. Eastern Amateur Ski Association in Saranac Lake at the annual banquet of the Saranac Lake Ski Club in the Berkeley Hotel in 1922.

The Saranac Lake mid-winter Carnival promises to surpass all previous events of the kind: It is only about three weeks off and season tickets will soon be on sale. The ice palace, the storming of which is always a thrilling spectacular feature; will be bigger and handsomer than ever, and the street decorations will include, in addition to the usual features, an unique pyramid decoration for Berkeley Square. There will be a carnival queen contest, such as was held at the mid-summer carnival of 1918. The great parade of floats will be held on the 1st day, Jan. 27th, and the queen will be crowned at the head of this parade, receiving a $50 liberty bond as a prise. The contest will be decided by votes of ticket holders. In addition to the national skating championships to take place each day there will be an international skiing championship to take place at the Ski jump on Blood hill, in which Canadian and Norwegian ski jumpers will compete with Adirondack devotees of the sport. The Saranac Lake Carnival is the greatest winter attraction of its kind in the United States. 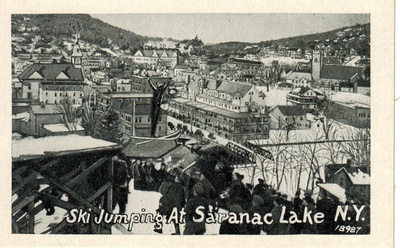