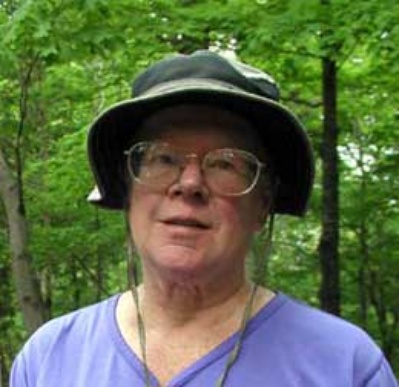 Dr. Suzanne Wellington Tubby Batra is a daughter and the oldest child of Roger Tubby and Anne Tubby. She graduated from Saranac Lake High School in 1956.

Suzanne is a well-known scientist who joined the U.S. Department of Agriculture in 1974. Research subjects have included bees and pollination, biological control of weeds, symbiotic and social insects, insect mass rearing and management, insect ecology and behavior, and entomogenous fungi.

Suzanne was born on December 15, 1937, at the Flower Fifth Avenue Hospital (yes, THE Fifth Avenue) in New York City. Although expected to become a lady, as all her female relatives had, she had other plans. Suzanne discovered the joys of catching (and tasting) insects as soon as she could crawl. Her father, Roger W. Tubby, was a newspaperman and politician, becoming President Truman’s press secretary; later he was the U.S. Ambassador to the United Nations at Geneva during the Kennedy administration. Her mother, Anne W. Tubby, was a gracious hostess and mother of four (Suzanne the eldest). As Suzanne grew up, she independently learned biology, natural history, and outdoor sports such as fishing and hunting. Girls in the 1940s and ‘50s were not supposed to enjoy such unladylike things; however, Suzanne decided to take up the challenge and became proficient in such activities.

Suzanne attended public schools in Maryland and New York, graduating from Saranac Lake (New York) High School in 1956. She had appreciated the family’s move to the wild Adirondack Mountains following the Republican takeover in Washington. Following high school, Suzanne attended Swarthmore College near Philadelphia, obtaining a BA in zoology in 1960. That same year she married her husband of 39 years, Dr. Lekh R. Batra. Originally from India, he was her botany professor and challenged her to continue her study of science. They had two children: daughter Mira, born in 1964 is a medical doctor, and son Persa, born in 1967 is a PhD scientist in climate change research. After Swarthmore, Suzanne entered the University of Kansas’ entomology department, studying bees with Dr. C. D. Michener. She earned a PhD degree in 1964 with sociobiology of sweat bees as her thesis topic. The Batras worked at the University until 1967 when Lekh took a position at the U.S. Department of Agriculture in Beltsville, Maryland. Suzanne stayed home with the children until 1974 when she also joined the U.S. Department of Agriculture. Research subjects have included bees and pollination, biological control of weeds, symbiotic and social insects, insect mass rearing and management, insect ecology and behavior, and entomogenous fungi.

Suzanne has authored over 140 publications in peer-reviewed journals, and also contributed many technical reviews, book chapters, and popular articles on science. She has been a member of national and international professional societies, boards, and commissions. She has traveled widely, especially in Asia, Europe, and North America. She appreciates rural life and natural beauty, and also the fine arts.

Suzanne retired from the U.S. Department of Agriculture in June 1999, a few days after her husband’s unexpected death from a stroke. She continues to study bees as a Smithsonian Institution Research Associate. She also consults on bee behavior and biology, and plans to write an entertaining, illustrated book about the lives and loves of busy bees.

Suzanne was elected to the Washington Biologists’ Field Club in 2000.