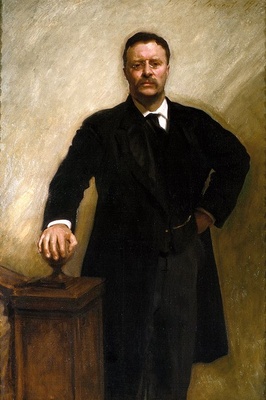 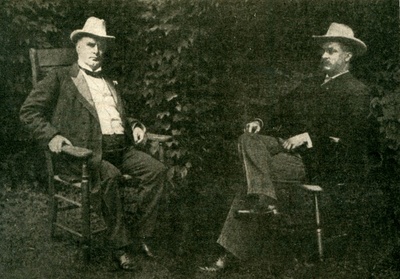 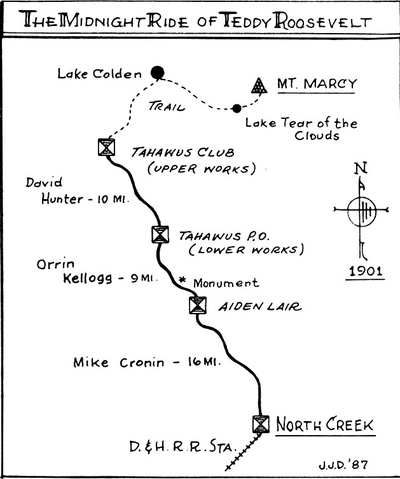 In 1871, as a boy of thirteen, he visited Paul Smith's Hotel; while there, he went camping on the St. Regis River and climbed St. Regis Mountain. During the same trip the family moved on to Martin's on Lower Saranac Lake and then on to Bartlett's via the Saranac River. Excerpts of his diaries from this stay may be found here. He and his friend, H. D. Minot, later wrote "The "Summer Birds of the Adirondacks" in Franklin County, New York," a list of 97 species that they saw on their boyhood visits in August of 1874 and 1875 and a return in June-July of 1877. The self-published pamphlet is the earliest record of bird sightings in the Adirondacks. It was later reprinted by New York State and made available at the Paul Smith's Visitor Interpretive Center.

Roosevelt was in the Adirondacks at Lake Tear of the Clouds on Mount Marcy when he was notified of McKinley's death.