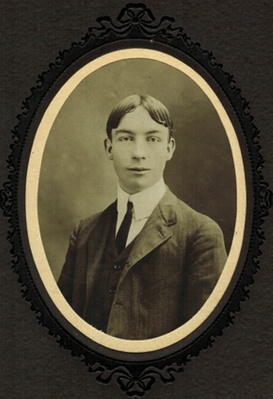 Mr. Ward was the owner of a cigar store in town. He was also a Mason. He and his wife adopted Goldie Ward when she was 6, after both of her parents had passed away. The Ward family owned a block on South Street that consisted of five properties.

His body will repose at home. Funeral services will be conducted there at 2 p.m. tomorrow. Rev. Norman M. Moss and Rev. Ernest B. Mounsey will officiate. Burial will be in the Spring in Pine Ridge Cemetery.

Mr. Ward was born in Jay on Sept. 8, 1884. His family moved to Saranac Lake when he was a young child. Mr. Ward was employed for many years by Branch and Callanan and was later associated with an insulation firm which he continued working for until about 10 years ago when he retired.

He was a member of the Royal Arch Masons, the Methodist Church and a life member of the Whiteface Mt. Lodge 789 Free and Accepted Masons.

Survivors include his widow, Pauline Oldfield Ward, of Saranac Lake, and a daughter, Mrs. Charles Emmett, of New York City.