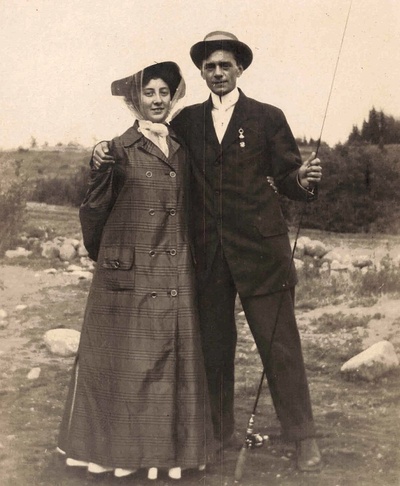 William J. Schuster was a TB patient at the New York State Hospital at Ray Brook, having arrived in 1908 while he and Tarsilla were engaged to be married. He returned home to Schenectady after a year, and they married. They had welcomed two children by the time he was readmitted as a patient in 1913, and he did not return home until 1916. Tarsilla was admitted as a patient for a short period in 1914 as well. He documented his life at Ray Brook with his Brownie camera, and often sold his photographs as postcards to make some pocket money. 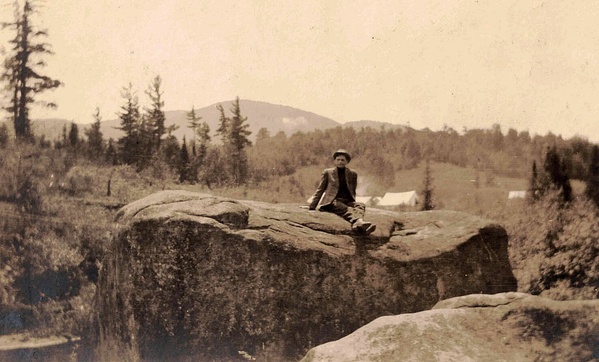 William Schuster, with what appear to be cure tents in the background, and Scarface Mountain, c. 1916.
Historic Saranac Lake Collection, 2021.1.100
As a youth, he completed night-school in New York City while working, and he took up the trade of drafting.  He worked for General Electric, in Schenectady, from 1910 until his retirement in 1952.