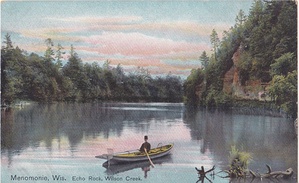 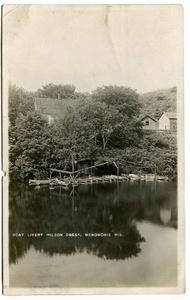 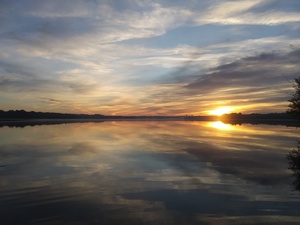 Lake Menomin was christened in 1902 by Senator Stout.

Aquatic recreation originated in Menomonie on Wilson Creek, as the "Mill Pond" was an industrial area of the Red Cedar River (formerly known by other names).  "The creek" was the prominent destination for the boating or the time until the Wilson Creek Dam was destroyed, lowering the level of the water.

Lake Menomin was originally the "Mill Pond" for the Knapp, Stout, and Co. Lumber company.   When the large company closed, electrical power became a large source of use for the river.   Several power-generating locations were considered along the Red Cedar River.

The Red Cedar Dam better stabilized the new lake level in 1908.    The years from 1900-1910 saw the efforts to enhance the natural beauty and recreational opportunities for the city of Menomonie. 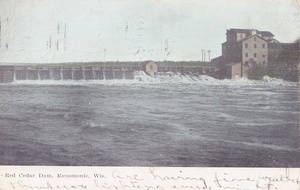 The Wisconsin Milling Company to the right was a major Menomonie Landmark for about 100 years, today, the northbound Red Cedar River bridge runs across its former site. 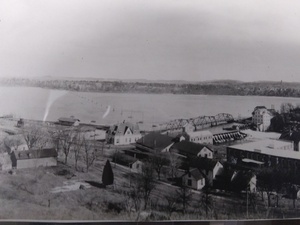 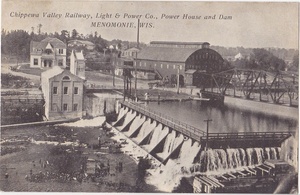 The Krogstad Livery, located below today's Waterfront Bar and Grill, provided canoes and rowboats for Lake Menomin in the early years.   Picnic Point (today's Point Comfort Park), although privately owned at that time, was one such recreational point of destination used on the early days of Lake Menomin.   (there was no road down going there as we know it today.)
Early recreational boating was mostly limited to launches, rowboats, and canoes.    The lake bank saw considerable improvement through the trail system that once existed there. 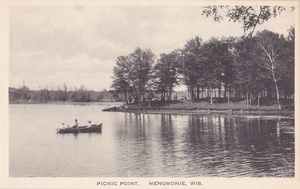 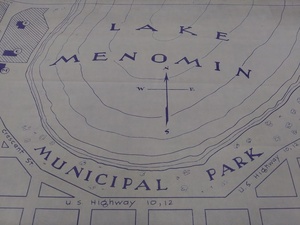 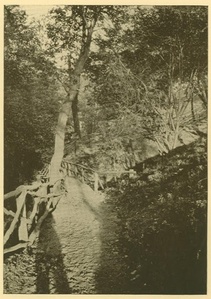 The lake front park was improved by various Menomonie groups with a series of trails from 1902-1948 and many later revival attempts through the 1970's.

The foundation piers for this bridge still exist on the southeastern portion of the lake front.

The Menomonie Improvement Association opened the M.I.A. Boathouse in 1909, sometimes called the White Boathouse, just below 8th street and Crescent Street.   Nearby, the area known as "the fan" was improved as a bathing beach, another boathouse, the "red boathouse," added in.   This southeast curve of Lake Menomin was used from 1909 through about 1948 for recreation, during this time, public-minded community leaders worked to purchase more land for the public before access to the lake was privatized.
The Menomonie Improvement Association boathouse became all privately owned slips.   The private business barge, "uncle sam," owned by Carl Pieper, provided recreational services during these years. 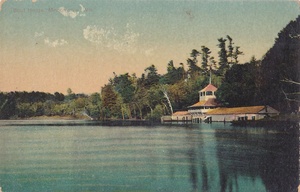 Boathouse and "the fan" 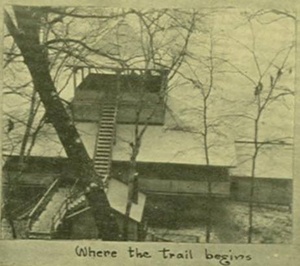 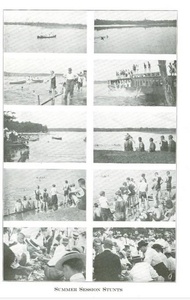 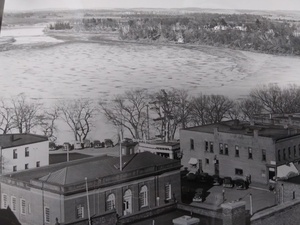 In the mid-1930's, Wakanda Park was created.   Originally on an island area, it was destroyed and completely lost by 1957 in preparation for Menomonie's new Lake Menomin.    The "city" even  had boat livery use availability to this area.   The Yellowstone Trail passed through Menomonie during these years with the Wilson Creek Park Drive (also now destroyed) and other camping areas in the Wakanda Park area seeing motoring tourists. 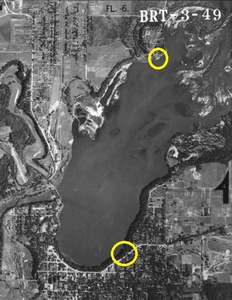 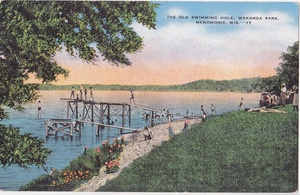 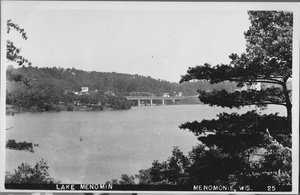 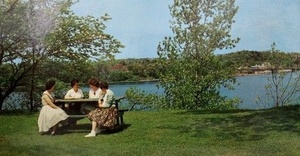 The lakefront park, or Cedar-rama park, or lake bank, has been nearly cut-off from recreational use by Main Street and the Federal and State highways 12/29.

Menomonie's leadership pushed to have the highest lake level possible, even with the owner of the former Doyle Livery pushing for the highest level possible.    The late 1940's saw the start of the increase in recreational boating with the combination of travel grow exponentially.   The 1950's recreational boom was something the leaders of Menomonie didn't want to miss out on, having that big lake and the need for the Red Cedar Dam to be repaired resulted in the mid-'50's decision to build the Red Cedar River Hydroelectric dam we see today. 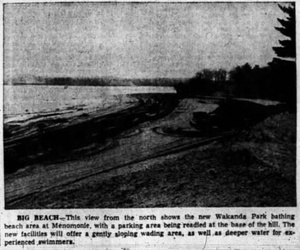 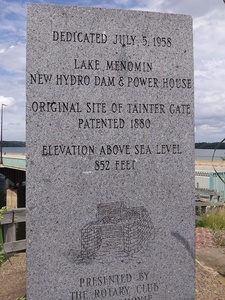 
La Pointe Landing became the first modern boat launching point, but as other aspects of the city of Menomonie has grown, this area has become more blighted, unmaintained, and left mostly for UW Stout water skiing.  During the later 1940's and into the late 1950's, the area now known as La Pointe Landing, along with the roadway to Evergreen Cemetery were popular access points for ice fishing vehicles.  Today, this drive-on access point has become most popular for ice fishing from Point Comfort Park boat landing. 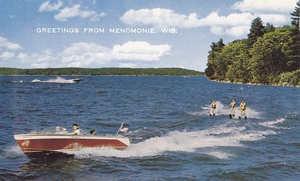 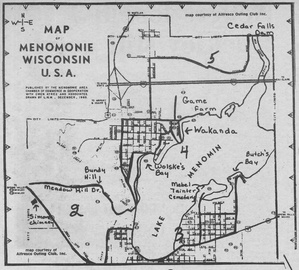 Not happy with carrying outboards, fuel, and gear down to the old boathouse (that the members didn't properly maintain), Menomonie Improvement Association members with Lake Menomonie Improvement Association members secured a 99-year lease from N.S.P. on lower land accessible by automobiles for their new privatized boathouse.   This operation at one-time included the use of the old city pumphouse as a public boat and canoe rental location, but that aspect has mysteriously disappeared. 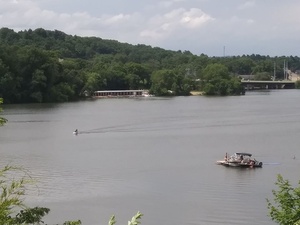 The Menomonie Improvement Association boathouse is most active during the fourth of July, but rarely sees as much use any other time of the year.  This organization is completely privatized today. 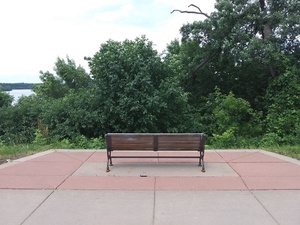 Lake Menomin's lake front, or lake bank, below Main Street was found to have been falling into the lake in the late 1990's, likely from a result of building the road out over the original bluff line just a few decades prior.   As such, Menomonie received a new lake bank in about 2000, but Menomonie did not pursue any lake trail project at that time, and only until after a private business  owner build the first staircase down to the lake in decades, was a lake bank trail considered.

Today, Lake Menomin remains an unfinished landscape design from over 100 years ago that has seen many contributions to its essence destroyed and rebuilt.