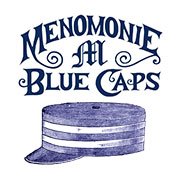 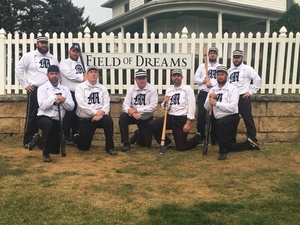 The Menomonie Blue Caps vintage base ball team was established in 2012 -- 71 years after the original Blue Caps last played -- to educate the community about the origins of our national pastime as part of the Playing Through: African American Baseball in Dunn County, Wisconsin exhibit.

The Blue Caps are fashioned after the team of the same name who were a highly successful amateur club from 1882 to 1941. The team is a member of the Vintage Base Ball Association.  You can find their matches played at Phelan Park (south Menomonie) on June 23/24 & July 28, 2018.  The Blue Caps play by the rules of 1860, no gloves, vintage uniforms, vintage lingo and other unique changes from the modern game.

The Blue Caps are sponsored by the Dunn County Historical Society, along with other local business and individuals.