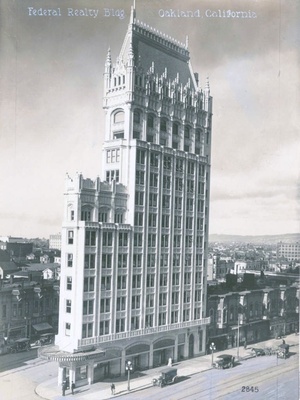 The Oakland Cathedral Building (originally called the Federal Realty Building) is located at the intersection of Telegraph Avenue and Broadway, with an official address of 1615 Broadway. The building was designed by architect Benjamin Geer McDougall, and built in 1913/1914. The Gothic-Chateauesque flatiron style building has a terra cotta facade covering the concrete structure. The building's appearance led to the "Cathedral Building" nickname.

Before the 1906 earthquake, wooden buildings occupied this lot, as well as the lots around the current site of the building at the intersection of Telegraph and Broadway. The Latham Fountain is in a small plaza in front of the Cathedral Building. 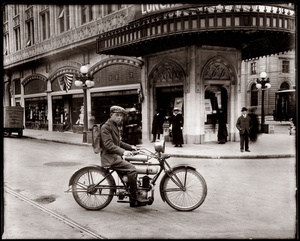 What else is in this building? Would you believe—condos? 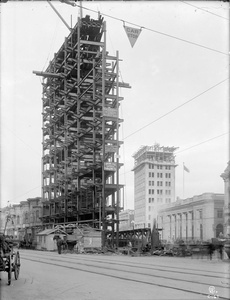 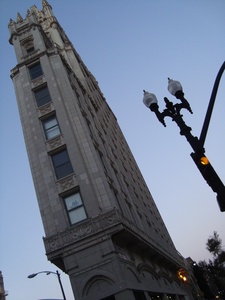 Front view of the Cathedral Building 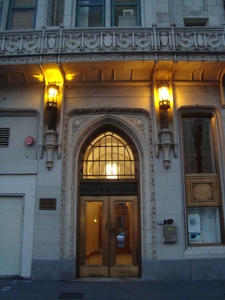 The main entrance to the upper floors of the building. 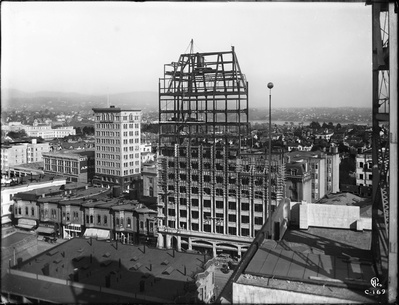 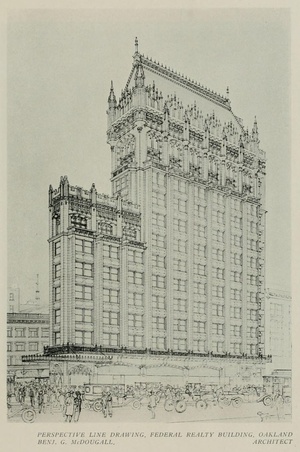