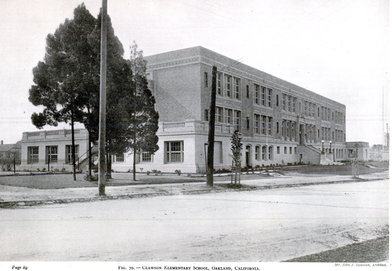 Clawson School (later Clawson Elementary School) was located near 32nd St. and Peralta in the Clawson neighborhood. From 1883, it was on Magnolia St. near 32nd. A newer building was constructed in 1915 at 3240 Peralta. The 1915 building was closed in the 1970s because of earthquake standards, and it was converted into condominiums in 1999.

The school was founded in 1883, and named for William F. Clawson, who was principal at the Tompkins School until his death in 1882. 3,4 His fiancée, Marietta Cobb, was a teacher at Prescott School. She was named the first principal, but stepped down in 1885 for health reasons. 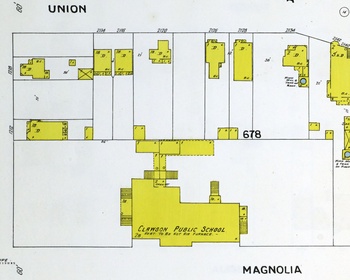 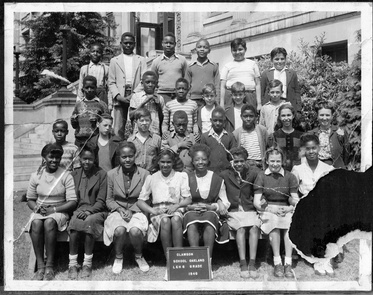 The 1915 building was designed by John J. Donovan. 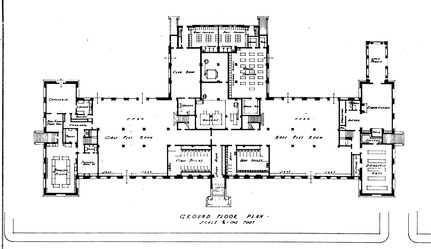 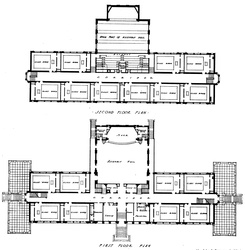 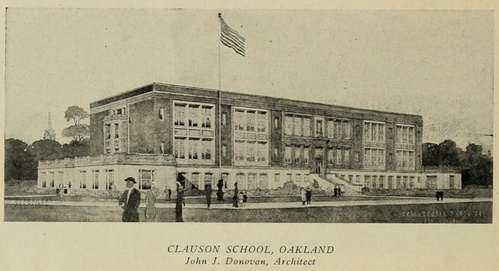 The school was closed by 1973 because it wasn't up to current earthquake standards. A 1999 article says "The former Clawson Elementary School, the biggest landmark in the neighborhood and long abandoned to squatters, is undergoing a conversion to condo lofts." 6