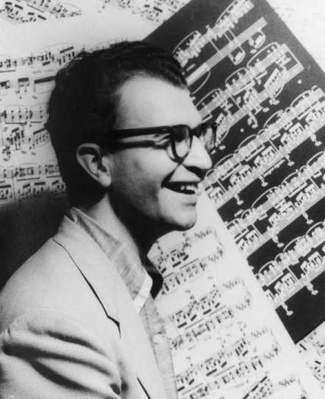 Legendary jazz pianist Dave Warren Brubeck (December 6, 1920–December 5, 2012) was born in Concord, California. Following his military service during WWII, in 1946 Brubeck enrolled in Oakland’s Mills College and studied music composition with Darius Milhaud. In 1947 Brubeck, along with other students of Milhaud, formed the Dave Brubeck Octet. 2

Brubeck was hired by Paul Desmond, but had his pay cut in half and then replaced him altogether. This understandably made Brubeck reluctant to work with Desmond in the future, but they eventually did reconcile.

From here, Burma Lounge in Oakland hired Brubeck as a little-known pianist from 1948–1950. It was here that Brubeck’s trio first rose to fame. 4 Even then, people knew they were hearing something special: "Dave Brubeck--fast getting to the top of his craft at a very young age--is your Burma Lounge entertainer...history is being written at the Burma." 8

At Burma Lounge, DJ Jimmy Lyons was inspired to launch the Monterey Jazz Festival after hearing Brubeck play. The Festival launched in 1958. 5

Brubeck and Desmond formed the Dave Brubeck Quartet in 1951 and performed together until 1967. It was during this time that Desmond wrote and the quartet recorded "Take Five".

Brubeck and his wife Iola had their famous cantilevered home, the Heartwood House, designed in 1949 by architect Beverley David Thorne and built in 1954. The Brubecks lived in the house from 1954 to 1960. It is located at 6630 Heartwood Drive, Oakland, California. 1 Nicknamed 'Brubeck West' the house hosted Dave Brubeck and the Dave Brubeck Quartet in the living room on an episode of the Ed Sullivan show. 1, 6, 7

Brubeck named his first son Darius, after Darius Milhaud who he studied under at Mills College. 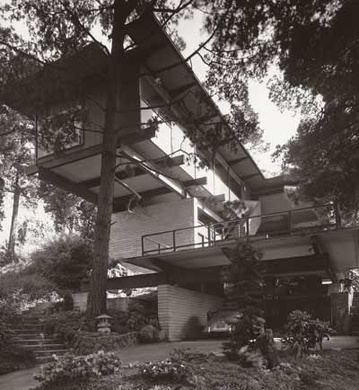 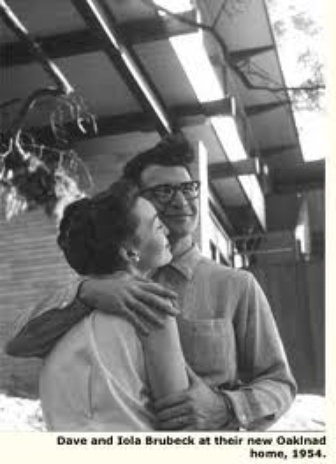 Dave and Iola Brubeck at their new Oakland home, 1954 8