Davie Tennis Stadium  is a set of five tennis courts mainly within the city limits of Piedmont (its address is 198 Oak Road, Piedmont 94610) but owned and operated by the City of Oakland. The site, the former Piedmont Paving Company quarry, was given to the City of Oakland in 1931 by former mayor John L. Davie and his family. Mayor Davie announced this stadium project idea in 1921, though the property was not actually given to Oakland until 10 years later. 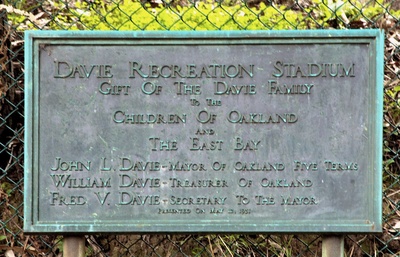 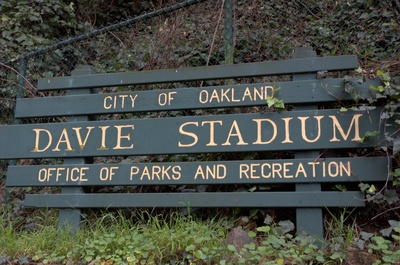 “Hurry Muffy, move the plant cover back, before
‘those people’ get here and want to use ‘our’ courts!”