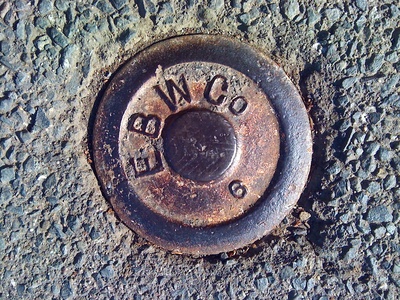 "East Bay Water Company, Oakland, Cal.  Organized under the laws of California Nov. 13, 1916. This Company is a successor in interest to the old Peoples Water Co., the property of which was sold on November 29, 1916 to the Reorganization Committee of the Peoples Water Co., which later conveyed it to the East Bay Water Co. The following is a summary of what each class of security received under the reorganization." 2

Got it started with a bit of copy/paste ...

The 1923 fire revealed some serious shortcomings in Berkeley's water system. When homeowners turned on their hoses at the same time that fire fighters unplugged their hydrants, water pressure dropped to near zero. This simply reinforced the complaints about water service that had been expressed for decades. After Henry Berryman sold his original Berkeley water works in the 1880s, the city had been integrated into a series of privately-owned regional systems that included Oakland.

The most ambitious of these, the Peoples Water Company, controlled by the former Smith-Havens syndicate, went bankrupt in 1914 in the midst of a serious drought.

New investors hastily organized the East Bay Water Company and took measures to increase supply, including building San Pablo Reservoir and developing the Wildcat Creek watershed, but these were short-term solutions at best.

By 1920 several firms, including the Goodyear Tire Company, had decided not to locate in the East Bay because of the inadequate water service. 1 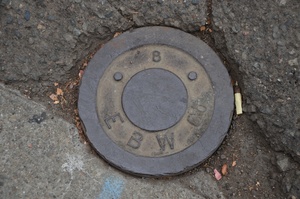