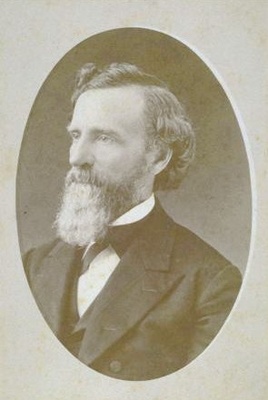 Edward Tompkins (1815 – 1872) was an attorney, a California state senator, and one of the first Regents of the University of California. He was the namesake of Tompkins School.

"Senator Tompkins of California Hon. Edward Tompkins of Oakland died yesterday at 2 o’clock PM. He was born in Oneida County, New York, in 1816. He graduated at Union College under the presidency of Dr. Nott in 1834; was admitted to the Bar of New York in April 1837; entered into practice of the law in 1837 with Judge Bosworth, and afterward of the Superior Court. Subsequently he engaged in commercial pursuits in the City of New York. But he returned to the Bar and practiced his profession with Daniel S. Dickinson at Binghamton, NY.

He came to California in 1861 in very bad health; made this city his home, acquired a large practice, but for some years past has withdrawn mostly from the drudgery of his profession, and in Oakland, which he had made his home, devoted himself chiefly to the management of his property and local and political matters, particularly to educational interests in which those of the University bore a prominent part.

In 1868 he was elected by the Board of Regents to its membership for four years, and in 1872 re-elected for a term of sixteen years. One week ago, he arose from a sick bed, and on foot, although feeble from ill health, went to meet President Gilman on his arrival, and presided at the inauguration ceremonies; made an address to the new President and the audience, and thence went home and to his bed whence he never afterward arose.

As a scholarly orator, Mr. Tompkins had few superiors in the state. Other public speakers were more fluent in speech and more skillful in appealing to the sympathies and passions of political meetings, but when studious thought, varied learning, and delicate tastes were required, in addition to skill in rhetoric and elocution, he took a high place. His genius, his public spirit, his kindly and affable nature, his tact, his professional eminence, and his habit of carefully studying questions of interest in his business or society made his acquaintance and his company desirable and enjoyable everywhere.

One of the last acts of his life, the gift of $50,000 to the University of California to found a Professorship of Oriental Languages, indicates his liberality as well as the far-seeing character of his mind. In the death of Edward Tompkins, the state suffers a notable loss." 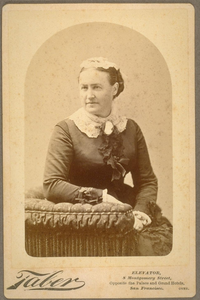