Ernest A. Rossi was elected to City Council in 1953 after a Superior Court recount, 1w53ses9d5d8zaea.pdf barely defeating incumbent Florence Fletcher.

Rossi was on the Oakland Park Board, and a florist by trade. [ Q: connected to Tony Rossi and Sons on Fruitvale? ] 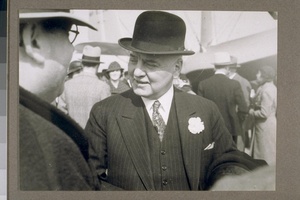