Estuary Channel Park is a City of Oakland Park. It consists mainly of a large play field that is frequently used for soccer by various age groups. It is between the Jack London Aquatic Center and the estuary.

Because of the changes in the dogs-in-parks law in April, 2014, dogs are now allowed off leash in this park. 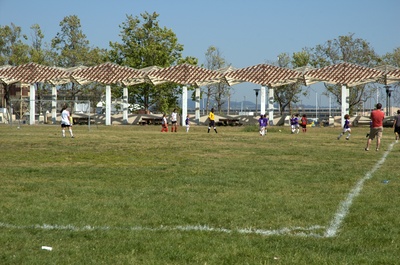