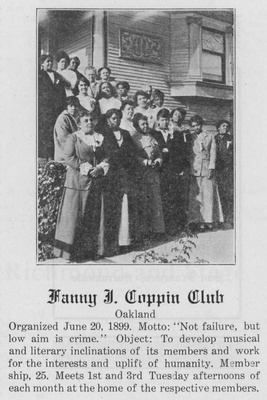 The club, was known as the "mother club" of the African American women's club movement in California, had the inspirational motto "Not failure, but low aim is the crime."

Originally, the club worked to provide housing and hospitality to African American visitors unable to find lodging due to segregation in hotels and other commercial businesses in the Bay Area.

Services were expanded to include tutoring services for African American students, as well as the production of musical and literary programs highlighting the talents of African Americans.