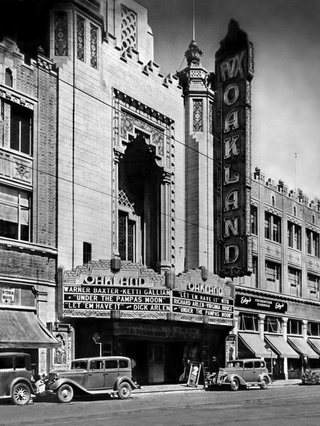 The Fox Oakland Theater is a historic theater in the Uptown neighborhood. Built in 1928 as the Oakland Theatre, the fanciful “Brahmanian Temple” movie palace had a seating capacity of 3,335 and was one of the largest theaters on the West Coast. Officially credited as having been designed by the San Francisco architecture firm of Weeks and Day, the Fox was actually designed and built by Oakland architect Maury I. Diggs. The style was a hybrid of Indian, Moorish, and Medieval elements. A Wurlitzer organ and a theatre orchestra provided live music as part of feature programs. The sign was by the Electrical Products Corporation. 1

More than 20,000 people turned out for the grand opening in October 1928 after the the theater management bought the entire Key System line for an hour which allowed movie customers to ride for free.

After closing in 1973, the theater reopened in 2009 following extensive renovations.

The Fox Theater was the recipient of the East Bay Express Music Venue Readers' Poll Award in 2014 and 2015.

Supposedly the theater was originally going to be called The Bagdad Theater, but the name was changed to the West Coast Oakland Theater at the request of mayor John L. Davie. 2 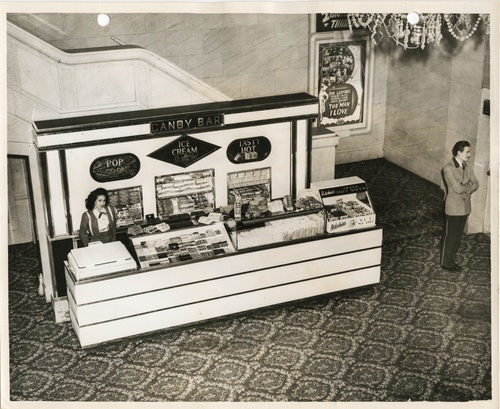 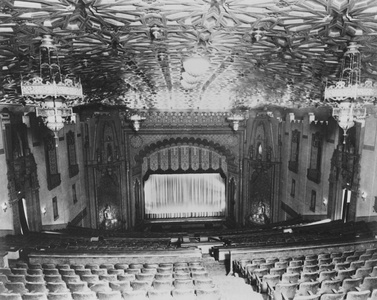 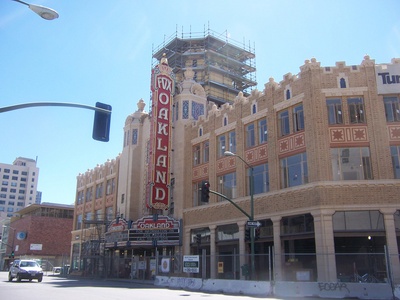 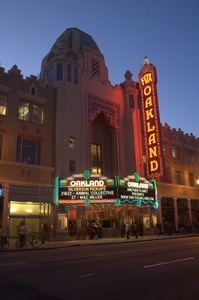 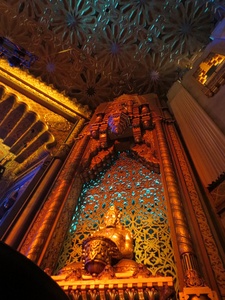 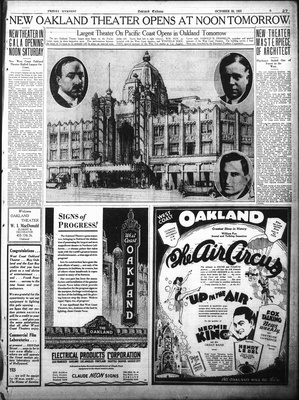 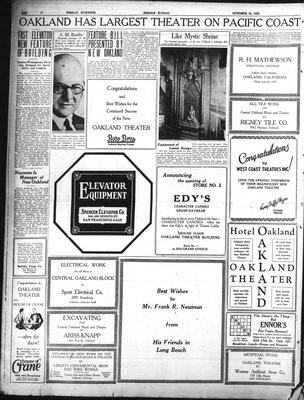 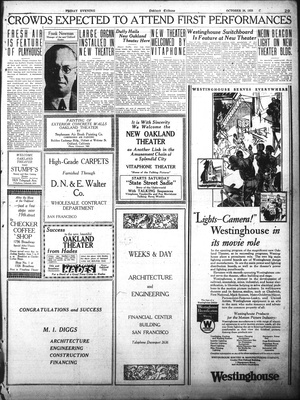