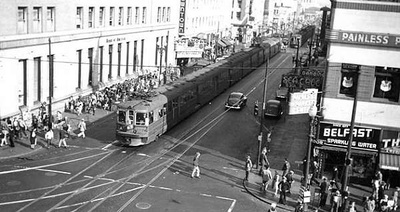 The Key System (1903–1960) was a privately-owned transit system serving Alameda and Contra Costa counties. It was established by local businessmen F.M. “Borax” Smith and Frank C. Havens, who also ran the Realty Syndicate, a major property developer in early Oakland. In short, the same folks building new developments on the edges of town were also building the transit infrastructure to take people to those areas (less accessible in the pre-automobile era). 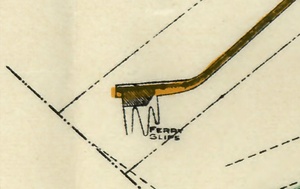 Ferry slips on the Key System MoleThe name is based in part on the shape of the ferry slips on the old Key System Mole. On a stylized map first issued in 1903, the system’s routes were drawn to resemble an old-fashioned key, including a three-looped handle covering Berkeley, Piedmont (or Piedmont/Claremont) and Oakland, a shaft in the form of the Mole, and teeth representing the ferry slips. Each of the systems’ routes was given a letter and a unique symbol, so riders could spot the correct train from a distance. Many of Oakland’s stairways and pathways were built to give people better access to the Key System lines.

It’s said that not only was the Key’s transbay commute about as fast as ours today on BART, it was a decidedly more upscale experience: one could buy a newspaper, order breakfast, the dining cars had silverware, linen tablecloths, fresh cut flowers, etc.). After the Key System mole burned in 1933 the system stopped using ferryboats, but starting in 1939 crossed the bay on the lower deck of the Bay Bridge.

Conspiracy theorists will be pleased to note there really was a conspiracy by GM, Firestone, Standard Oil and other companies that helped lead to the demise of electric streetcars and interurban railways around the U.S. But the Key System was also hurt by the popularity of the automobile and suburban movement which it allowed, and accumulated deferred maintenance (especially during WW II). Buses began to replace the streetcars in time. With the rise of the automobile, its rolling stock of streetcars was retired and its buses were sold to AC Transit. 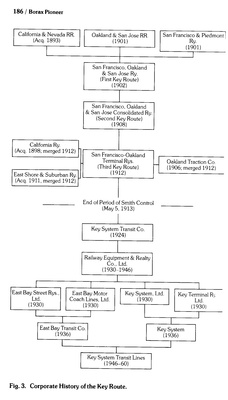 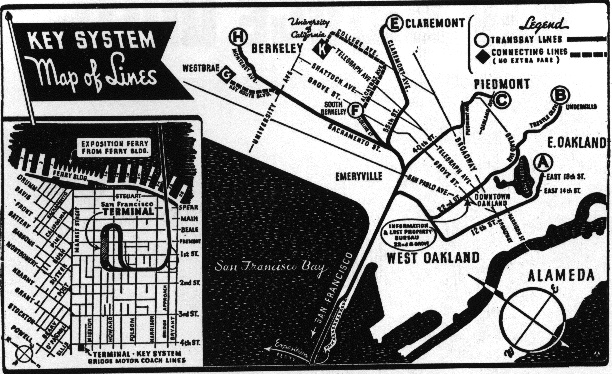 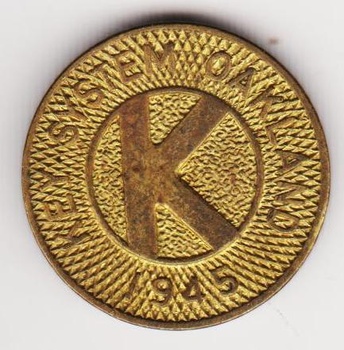 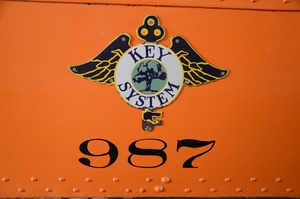 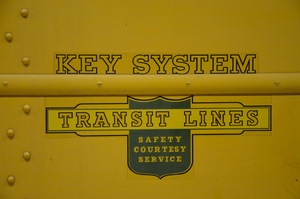 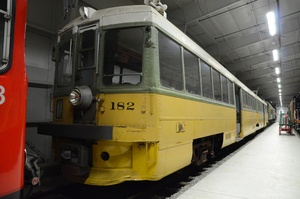