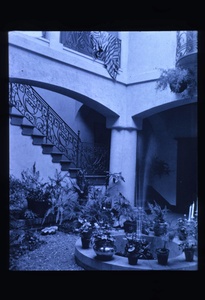 I just came across another image of the fountain in the courtyard with a staircase. I am still searching for a good photo image of the outside facade of the mansion if anyone has one or knows of one they could share. pctlll (contact info: [email protected])

I know a little something about the H. C. Capwell family home located at 145 Monte Cresta Avenue at Kelton Court in Oakland, not far from Piedmont, since I am his great-grandson and because my cousin Phyllis and I have done much research regarding our family's history. The 30-room mansion which the family called Monte Cresta was originally designed by Julia Morgan in 1909 for Edward Lacy Brayton who sold it to H. C. Capwell in 1913 for $40,000.00 which is equivalent to $946,056.57 in 2013. The house was very modern, not only for that time but also for today's standards with poured concrete construction and lots of large glass windows facing west affording a spectacular view toward the Bay and San Francisco. A large marble fountain imported from Italy was in the center of the enclosed courtyard which featured many citrus and avocado trees and which was the scene of many large social gatherings. My aunt Josephine told stories of roller skating around the entire 2nd floor balcony when she was a child. 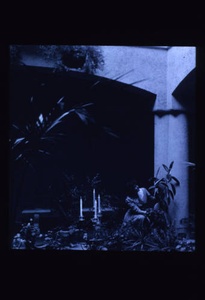 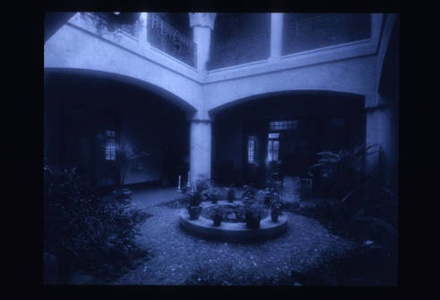 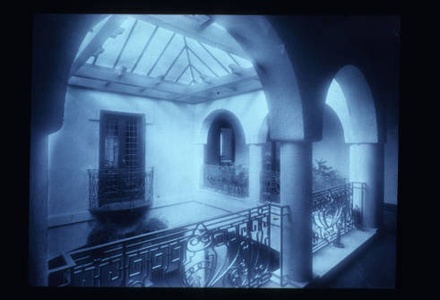 Reward offered if anyone has any photos of the house or recollection of the house and/or grounds, I would very much appreciate their sharing with me. I may be reached at [email protected]

The H.C. Capwell mansion at 145 Monte Cresta was torn down in 1954 and replaced with an apartment building. As noted in this article about the demolition of the house that was previously posted on the One Kelton Court page ( 11-15-54 Trib.pdf),  “Artworks in the house, including a marble fountain imported from Italy, will be preserved. The fountain will be the garden centerpiece in the new apartment…"