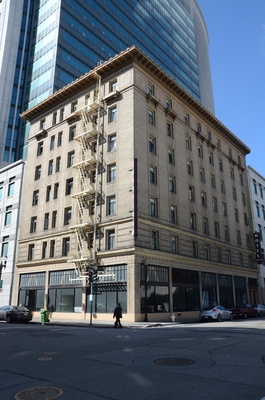 Hotel Touraine is a hotel building at Clay Street and 16th Street in downtown Oakland. It has approximately 108 rooms. The building was designed by Henry H. Meyers.

The name Touraine ultimately comes from a region in France. 'Touraine' was a surprisingly popular name for a hotel, with examples from Paris, France; Buffalo, NY; Chatham, New Brunswick, Canada; and of course, Oakland.

Sometime between 2009 and 2014, the once-elegant signs were rebuilt in a somewhat less elegant form. 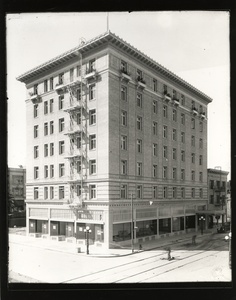 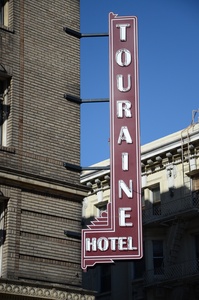 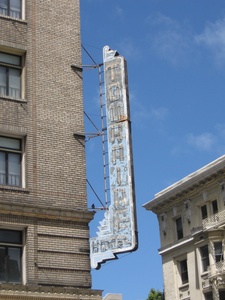 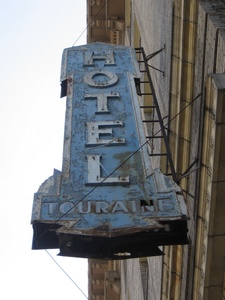 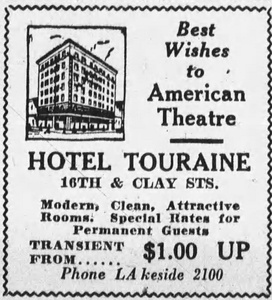 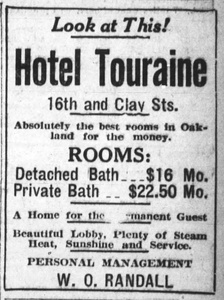